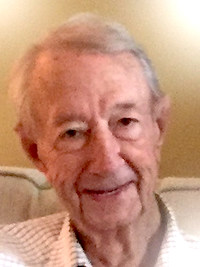 She was preceded in death by her parents, Louis and Mellie Saunders Borders of Chapman, KY, her beloved husband of seventy years, Herbert L. Franklin, a sister, Imogene Borders Holloway, brother, Bill Borders of Ashland, KY and brother-in-law, Arthur Young of Ashland, KY.

Geneva was a loving wife and mother and was happiest when surrounded by family and friends.  She leaves a legacy of love, service and faith to her children and family who will sadly miss her.

Wilson Funeral Home is in charge of arrangements.

The funeral will be held at the First Baptist Church in Louisa, KY, on Sunday, Feb. 18, at 1:30 with visitation at 12:30. She will be buried in the Franklin Cemetery.