Can get waiver to prescribe opioid maintenance drugs

The shortage of doctors and drug treatment in rural areas hamstrings efforts to fight the opioid epidemic. Medication-assisted therapy, which requires a prescription, is the most effective treatment. The Drug Enforcement Administration announced in late January that nurse practitioners and physician assistants can get a waiver that allows them to prescribe and dispense opioid maintenance drugs. But lawmakers in several states have gone a step further, seeking to expand the scope of practice for nurse practitioners and physician assistants in rural areas where there is often no doctor. 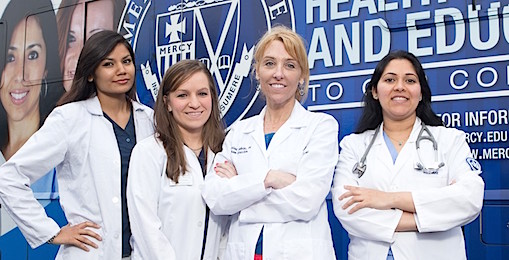 In Georgia, Republican Sen. Renee Unterman, chair of the Senate health committee, has introduced a bill that would give rural nurse practitioners more latitude to treat patients. Nine of the state’s 159 counties have no physician, and dozens more have no pediatricians or obstetrician/gynecologists. “Proponents argue expanding the scope of practice for nurse practitioners could help fill in the health-care gaps in a growing state with increasing needs, especially with primary care. Nurse practitioners can also specialize in certain areas, such as pediatric care or mental health treatment,” Jill Nolan reports for the Valdosta Daily Times.

In April 2017 the Pennsylvania Senate passed a bill to let nurse practitioners to practice on their own after fulfilling a three-year, 3,600-hour formal agreement with a physician, Jan Murphy reports for Penn Live. “There are not enough doctors willing to practice in smaller communities and as older doctors retire, fewer new doctors are coming in to replace them,” said the bill’s sponsor, Republican Sen. Camera Bartolotta. “Thankfully, there is a solution that holds the promise of easing this looming health care catastrophe.”

HAMMOND TO RETIRE AFTER DECADES WITH MARTIN CO. WATER DISTRICT