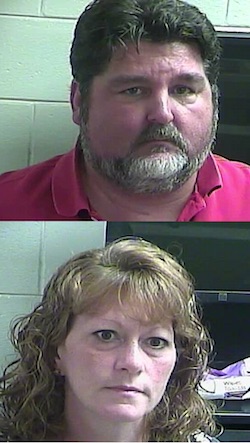 According to the plea, the couple fraudulently billed Medicaid nearly $10,000 by claiming a physician was performing services when no physician was present at the Tri-State Family Medical Center in Louisa. They also obtained controlled substances, hydrocodone and oxycodone, through forged prescriptions.

Additionally, Kevin Gauze fraudulently billed Medicaid over $7,000 for office visits when patients were not present and forged prescriptions for controlled substances.

Kevin Gauze entered a guilty plea to two counts of Kentucky Medical Assistance Program fraud of $300 or more; forgery of a prescription; unauthorized dispensing/prescribing/administering of a controlled substance and unauthorized procurement of a controlled substance – all Class D felonies. He also pleaded guilty to wrongfully filling a prescription, a Class A misdemeanor.

The Office of Medicaid Fraud and Abuse of the Kentucky Attorney General’s Office investigated this case with assistance from the Appalachian High Intensity Drug Trafficking Task Force (AHIDTA) and the Cabinet for Health and Family Services Office of the Inspector General.

The Commonwealth recommended a sentence of three years on each felony count to be diverted for a period of three years for Mrs. Gauze. She will be required to forfeit her nursing license during the diversionary period and pay nearly $10,000 in restitution jointly with her husband, $5,000 of which is due at the time of her sentencing.

Sentencing for the couple is scheduled for March 9, at 10 a.m. in Lawrence Circuit Court.

“I am proud of the work of our Medicaid Fraud Unit and our partner agencies for their continued commitment to protecting Kentucky families and seniors from anyone who would defraud such a critical program,” said Beshear. “We take our role as Medicaid watchdog very seriously and work hard to protect this vital service for those in need.”

One of the core missions of Beshear’s is to fight back against the pervasive substance-abuse epidemic and to protect Kentucky’s most vulnerable citizens from abuse and exploitation. Efforts by Beshear’s office through civil settlements and criminal restitution resulted in over $71 million in obligations to the state and federal Medicaid program, Medicare, Tricare, commercial payers and other entities.

The Attorney General’s tip line for reporting allegations of Medicaid provider fraud is 877-228-7384.