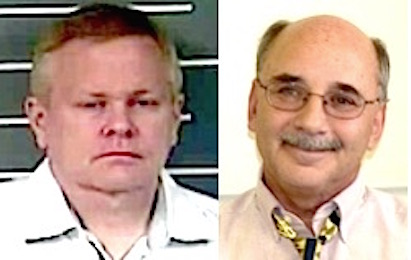 According to U.S. Rep. Hal Rogers, the Social Security Administration has said an additional 1,965 former clients of Eric C. Conn will face redetermination hearings to prove they are disabled and deserving of government benefits the SSA alleges were only won because of Conn’s fraud.

A total of 1,787 people were notified that they would undergo redeterminations in May 2015. At that time, the SSA initially gave individuals 10 days to gather medical evidence in support of their cases and sought to immediately discontinue paying the benefits until the hearings were held.

Prestonsburg attorney Ned Pillersdorf, who has led a variety of legal battles on behalf of the former Conn clients at the individual and group level, said those first notices led directly to at least two suicides.

Of those 1,787, around 1,500 actually underwent hearings, and nearly 800 had unfavorable decisions, meaning a loss of their benefits and a request from the SSA that they repay years’ worth of income. Pillersdorf said that those with legal representation had a higher success rate in their hearings than those going without.

“Now, they’re going to harass 2,000 more people,” Pillersdorf said. “It just strikes me as arrogant, given that we already had one federal judge who said these hearings are unconstitutional.”

Several other U.S. District judges have put their cases on hold pending a decision from the 6th Circuit Court of Appeals as to whether the initial 1,500 hearings were Constitutional and timely enough to satisfy the SSA’s own statutory policies.

Rogers’ office said last week that for these 1,965 new cases, the SSA would continue to pay benefits until the hearings are held, and individuals are being given 30 days to gather evidence and find legal representation. The notices and hearings will also be staggered, with 12 administrative law judges being assigned to the cases.

“It is heartbreaking to witness the tragic impact that Eric C. Conn’s fraud scheme continues to have on the lives of people living in Eastern Kentucky, who had entrusted him with this vital source of income,” Rogers said in a statement. “While I appreciate notification from the Social Security Administration, I question the need for additional redetermination hearings while litigation is still pending in the federal court system.”

Already, the Appalachian Research and Defense Fund, which helped organize dozens of lawyers from around the nation to volunteer their time to help represent Conn’s former clients in the first round of redeterminations, is gearing up for the nearly 2,000 new cases.

“I got the impression from Rogers’ office that (the first round of notices) were about to go in the mail,” Pillersdorf said. “I don’t know. It is what it is. We’ll keep fighting.”

FACES OF HOPE: WE DO RECOVER ...VERONICA JONES' STORY, A LIGHT TO OTHERS