FOUR INCUMBENTS RUNNING UNOPPOSED WITH ONE DAY TO GO

TUESDAY IS LAST DAY TO REGISTER TO RUN IN PRIMARY

With one day left to file for candidacy in the 2018 May Primary election Lawrence County has four unopposed incumbents and one office with no candidate. 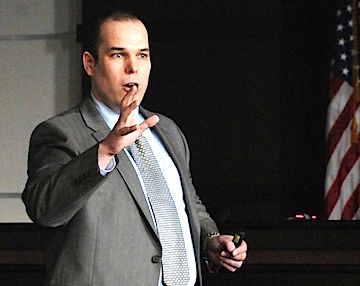 Longtime Lawrence Co. Coroner Mike Wilson has not signed up and neither has anyone else for the job which has huge responsibilities but, according to Wilson, has a low salary and little to work with.

Despite the complaints, Wilson, or perhaps his son Chris, is expected to sign up by the deadline tomorrow (Tuesday) at 4:00 pm. The younger Wilson currently serves as a deputy coroner.

No candidate has signed up to challenge Lawrence County Clerk Chris Jobe, a Republican who has served four terms, or Jodie Webb Parsley, the Lawrence Circuit Clerk, a Democrat who is running for her third six year term.

PVA Chris Rose, a Democrat, and County Attorney Mike Hogan a Republican also do not have opposition so far.

Jobe said this morning that he expects more candidates to file on the last day tomorrow. “I don’t know why but a lot of people wait until the last day to file, Jobe said.