District 2 magistrate John J. Lemaster ultimately, after a long discussion and answer session, motioned to table the vote until he (and possibly other magistrates) had an opportunity to visit other local syringe exchanges. The second was by Morris Howard. The court agreed unanimously.

“The health department asked to be put on the agenda because we have presented this information at numerous community forums, but 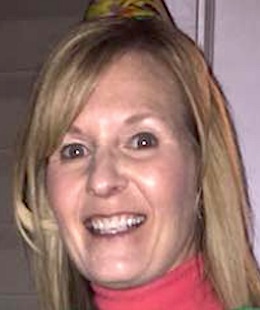 had never presented it to the Fiscal Court and not all of the magistrates had attended a community forum,” Lawrence Health Dept. director Debbie Miller said. “We simply wanted to provide the most up-to-date information available so that they could make an educated and informed decision.”

State Health Dept. rep. Greg Lee gave a comprehensive description of the program which has been accepted in the forums held so far in Lawrence Co. Ms. Miller said the response has been positive.

It is also interesting that LC ranks 105th of 120 counties for HIV testing. I think that may be changing because the recovery centers do some testing.

But County Attorney Mike Hogan predicted it to be a “hot issue” going forward because of resistance from citizens who feel like syringe exchange is inviting the use of drugs.

“Pursuant to statute the local city and fiscal court must give the go ahead (for the needle exchange program),” Hogan noted. “The city already has and the county has agreed to look at it but tabled it to the March meeting.”

Miller said funding is in place to pay for the syringe exchange program which is designed to stop the spread of disease.

“We also wanted them to know that we have received a grant from KY-ASAP for $20,000 to operate a Harm Reduction Program, however we cannot do so until we obtain approval from the Fiscal Court. We have Board of Health and Louisa City Council approval now,” Miller said.

“Because of this, I believe there is a real sense of urgency to get this program operational. Everyone seems to lose focus on the main reason for having a Harm Reduction Syringe Exchange Program. We are trying to prevent the spread of diseases, such as Hepatitis C and HIV, by eliminating sharing of needles,” Miller added. 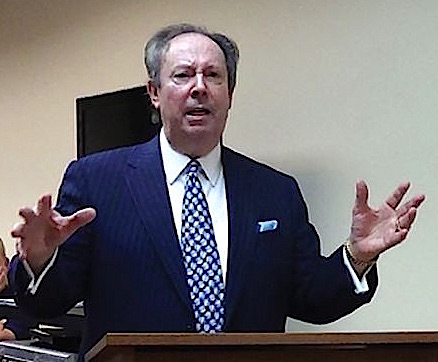 W.Va. attorney and former state official Truman Chaffin appeared at court to speak on possible opioid lawsuit and won the court over after a pitch two months ago from Huntington, WVA law firm Green, Ketchum was rejected by the court.

Many counties and cities in the “opiate belt” in eastern Ky. and southern WVA are filing class action lawsuits against drug manufacturers who allowed prescription levels to skyrocket contributing to widespread addiction. Millions of dollars in damages have been assessed on major pharmas since it was announced recently on 60 Minutes that 900 million opioid pills had been sent to Kermit and Williamson for less than a 3,000 population.

“The court agreed to hire Truman Chafin.  He cut his fee from 33 1/3 to 25%. Also, Green/Ketchum had a clause that if they lost the case then they got reimbursed their fees. The Chafin Law Firm agreed to take on all costs and eat them if we lost.  I insisted on this change and they agreed.”

In other fiscal court business:

FOUR INCUMBENTS RUNNING UNOPPOSED WITH ONE DAY TO GO