ASHLAND, Ky., (January 26, 2018)  – Bills for Kentucky Power customers beginning January 19 have been delayed as new rates and tax savings are adopted following a January 18 order by the Kentucky Public Service Commission. Customers will receive bills about a week later than they normally would.

Due dates will be adjusted accordingly so customers will still have 15 days from the mailing date to make payment.

Kentucky Power has taken extra time to incorporate the new rates into its computer system, run tests and review the results for accuracy. Customers with questions can contact the Customer Solutions Center at 800-572-1113.

Thank you for your patience. 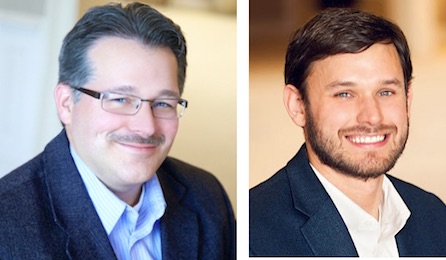 “Brad leaves eastern Kentucky poised to expand the central Appalachian economic development success in neighboring states,” said Kentucky Power President and COO Matt Satterwhite. “Brad has played an important role as Kentucky Power led efforts to bring major industry and jobs to the region, including Braidy Industries in Ashland and EnerBlu in Pikeville. Both are game changers for our region, collectively providing more than 1,400 good paying full-time jobs and more than 1,000 construction jobs.”

Hall said he is honored and excited to accept this new opportunity with Appalachian Power.

“As a lifelong Kentuckian who has made a career out of working to better the place in which I grew up, it is difficult to realize that I am leaving Kentucky and Kentucky Power,” Hall said. “Eastern Kentucky has made me who I am, and I am so thankful for the many friends, colleagues, and co-workers who have worked with me to bring new economic opportunities to the region.  I am humbled by the faith the company has in me to take on this very important and challenging role.”

Jacob Colley, also an external affairs manager for Kentucky Power, has worked closely with Hall and will assume economic development oversight as well as government relations for the company. Colley joined Kentucky Power in 2016 after directing the Southeast Kentucky Chamber. He led an initiative to create a nine-county Regional Partnership for Economic Growth and built partnerships with businesses, community leaders, higher education, workforce, and others.

“Jacob has the knowledge, experience and community relationships to assist Kentucky Power in its leadership role to revitalize the economy through economic development,” Hall said. “We worked on many projects as a team. I am proud of the work we have done in eastern Kentucky and confident that Kentucky Power’s long-term plans are in good hands moving forward.”