NO FUNDING YET: BUT TRUMP HAS BIG PLANS FOR RURAL AMERICA 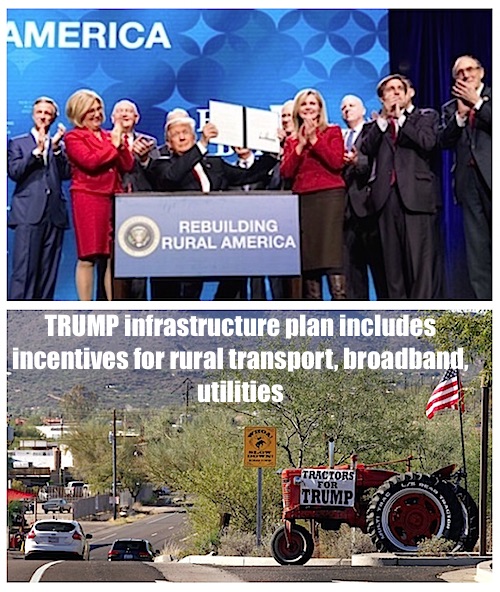 Another 50 percent of its budget proposes to create grants to encourage state, local and private investment in infrastructure. “Another 10 percent would go toward ​a “transformative projects program” to fund “exploratory and ground-breaking ideas,” Mark Moore reports for The New York Post.

“The White House has previously promoted a $1 trillion infrastructure plan. Previous reports indicate it would aim to spur $800 billion in state, local and private spending with $200 billion in federal spending,” Pramuk reports.

White House spokesperson Lindsay Walters told Pramuk that the administration would not comment on the leaked document, but would present its plan in the “near future”.

KY. SCHOOLS COULD HAVE 'ARMED MARSHAL' UNDER BILL REACTING TO MARSHALL CO. SHOOTING