LADY REBELS GET WIN NUMBER ONE OVER CALHOUN CO.

Fort Gay, W. Va. — After a brutal 10 game stretch with some close losses the Tolsia Lady Rebels picked up win number one 54-36 Saturday evening over Calhoun Co. (3-9) at Rebel Arena in the Hometown Invitational Tournament. 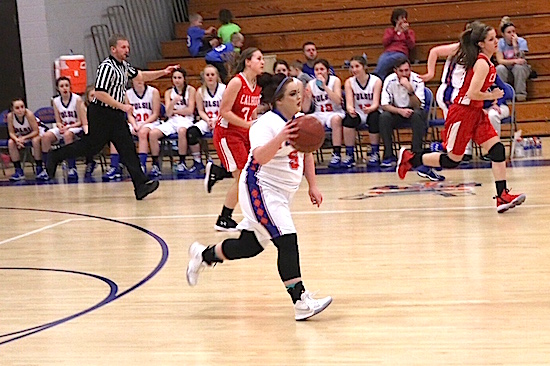 Both teams started out slow as the Rebels led 9-6 after one period.

In the second quarter Tolsia exploded for 16 points to take a 25-16 into the break.

In the second half Tolsia extended the lead to close out the much needed win.

The two teams combined for 51 fouls and 65 free throw attempts.

After a close first quarter with Logan leading 13-10 the Lady Wildcats showed their strength with a 18-7 outburst to led 31-17 at halftime.

In the third quarter Logan extended the lead with a 15-12 advantage.

In the 4th Tolsia would win the quarter 9-7 but it wasn’t enough against one the better teams in WVA Double A.

Tolsia was led by Mariah Finley with 10 points, Marlee Marcum and Elizabeth Asbury finished with 7 points each, Kayla Jude and Sarah Jude had 5 points each, Julie Boone chipped in with 3 points, Kenzie Young had 1 point. 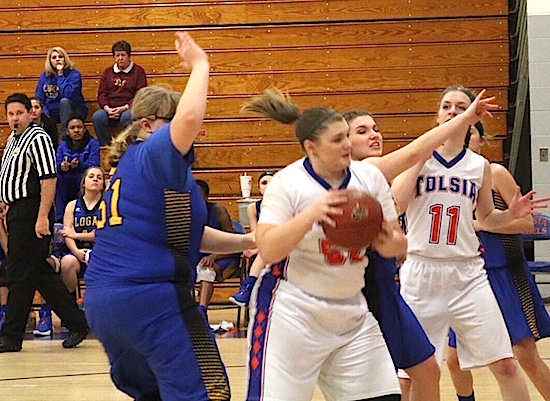 The Lady Rebels will return to action on Wednesday vs Van (7-3) and Thursday vs Sherman (10-0) both games will be at Rebel Arena as part of the Hometown Invitational Tournament.

“… We are happy with the win, the girls have been playing really well lately but we just couldn’t get over the hump. We had to grind this one out. It was an ugly game but Coach Jude told them an ugly win is better then a pretty loss and we have had several of those this year against quality opponents.”

“… I thought our offense got going off of the defense and we broke 50 tonight so that’s another plus.”

“… This makes us 1-0 in the HIT tournament with 3 games left. We finished 5th out of 20 last year plus we get to see teams we normally wouldn’t play.”