$13.9 million to account for the effect of federal corporate income tax rate cuts…

The Kentucky Public Service Commission (PSC) has trimmed by about four-fifths of a base rate increase sought by Kentucky Power Co., and has substantially scaled back the company’s demand-side management (DSM) programs and the customer surcharges that pay for those programs. 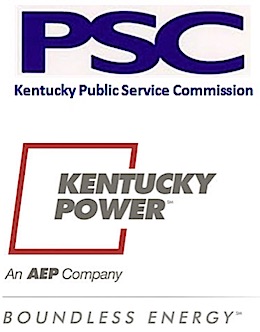 The net effect of the two orders issued Thursday will be that residential customers using the same amount of electricity will pay less in 2018 than they did last year. Rates for all other classes of customers also will be lower than the amounts requested by Kentucky Power.

An average monthly residential bill has been $157.83, a figure that includes base rates and all surcharges, but not local government fees and taxes. That same bill now will be $151.45, a decrease of $6.38, or about 4 percent. Individual bills will vary with usage.

Approximate average monthly usage for Kentucky Power residential customers is 1,300 kilowatt-hours. A kilowatt-hour is the amount of electricity used by a 100-watt lightbulb in 10 hours.

Kentucky Power had sought to increase its annual revenue from base rates by $60.4 million, or about 11 percent. The utility later reached a settlement agreement with most of the parties to the rate case on an increase of $31.8 million. The Kentucky Office of Attorney General, which did not participate in the agreement, filed expert witness testimony supporting a revenue increase of $39.8 million.

The PSC granted Kentucky Power an increase in revenue from base rates of $12.35 million, a reduction of $19.45 million from the amount in the settlement. The PSC’s lower figure is largely the result of a reduction of $13.9 million to account for the effect of federal corporate income tax rate cuts that went into effect January 1. The remainder of the PSC’s reduction from the settlement figure comes through other adjustments, mostly to the recovery of purchased power costs.

The PSC also discontinued nearly all of Kentucky Power’s DSM programs, authorizing the continuation of only the program to help low-income residential ratepayers reduce energy consumption. Spending on all DSM programs – residential and commercial – will fall from about $6 million per year to about $2 million in 2018 and will decline significantly in ensuing years.

The PSC rejected Kentucky Power’s proposal to revise its bill format to eliminate line items detailing various surcharges and riders. The PSC ordered that the line items be retained in the interest of transparency for ratepayers.

In the DSM case, the PSC found that continuation of high levels of spending on the program could no longer be justified. DSM programs are authorized under Kentucky law and are intended to reduce or defer the need for new electric generating capacity by encouraging ratepayers to reduce usage, often by providing financial incentives to do so.

The PSC in February 2017 opened an investigation of Kentucky Power’s DSM programs, noting that the costs had dramatically increased. The average DSM surcharge on a residential bill had risen about 20-fold, from 51 cents per month to $10.61.

At the same time, a sagging economy in Kentucky Power’s service territory had led to decreased demand for electricity, a fact subsequently cited by the company as a reason for seeking a revenue increase. The PSC noted at the time that the economic conditions also exacerbated the difficulty many customers have in paying their bills.

In the DSM case order, the PSC found that Kentucky Power has and will continue to have excess generating capacity. Under those circumstances, continued annual DSM expenditures of $6 million cannot be justified, said the PSC, notwithstanding an agreement to do so through a settlement in an earlier PSC proceeding.

The PSC ordered Kentucky Power to discontinue all DSM programs, with the exception of energy efficiency assistance to low-income ratepayers, and to adjust the surcharge accordingly, resulting in a credit to residential customers.

Once Kentucky Power has completely refunded prior DSM over-collections, the surcharge will return, but at a significantly lower level.

Additionally, the full effect of the reduction in the federal corporate income tax has yet to be calculated. A case before the PSC will determine what further rate changes are needed.

Kentucky Power, which is a subsidiary of AEP, has about 168,000 customers in 20 counties in eastern Kentucky.

The utility filed its rate adjustment application in June 2017 and amended it in August 2017. A formal public hearing in the case was held December 6 through December 8. The PSC also held public comment meetings in November in Prestonsburg, Hazard and Ashland.

A hearing in the DSM case was held last week. The other parties participating in that case were the Attorney General, KIUC and the Sierra Club.

The PSC is an independent agency attached for administrative purposes to the Energy and Environment Cabinet. It regulates more than 1,500 gas, water, sewer, electric and telecommunication utilities operating in Kentucky.

GROWING UP IN LOUISA – IT’S A SMALLER WORLD!