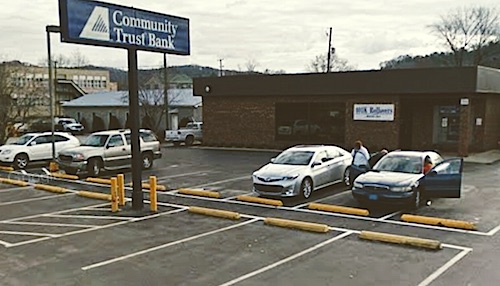 FT. GAY, W.VA. — Wayne County Sheriff Rick Thompson said in a press release this morning that a man wearing a mask walked into the Community Trust Bank on Friday in Fort Gay with a gun and demanded cash, then took off in a truck.

A deputy followed the suspect into Kentucky where he was taken into custody by Kentucky State Police.

Investigators say they found stolen money in the truck driven by the suspect. More info to follow as the details unfold.