TRUMP HAS FULFILLED MOST OF REQUESTS BY NATION’S LARGEST COAL OPERATOR, WHO WAS A BIG SUPPORTER

MurrayPresident Trump has been famously friendly to the coal industry in his first year of office, and a confidential memo suggests coal magnate Robert Murray may be responsible. 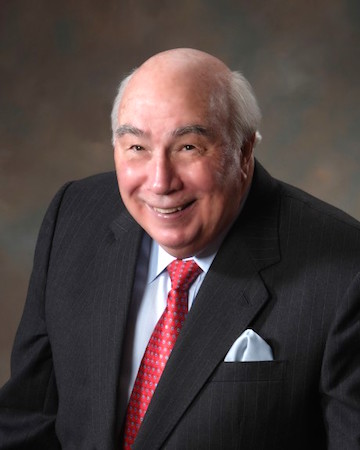 Murray, who supported Trump’s campaign donated $300,000 to the inauguration, owns the country’s largest coal company, Murray Energy. He sent the memo soon after the inauguration; it included a detailed list of 14 policy actions that would benefit him. Almost a year later, almost have been completed or are on track to be completed.

“The March 1 memo, which was obtained by Sen. Sheldon Whitehouse of Rhode Island and shared with The New York Times, is addressed to Vice President Mike Pence. The sweeping wish list of regulatory overhauls includes ending regulations on greenhouse gas emissions and ozone and mine safety, as well as cutting the staff of the Environmental Protection Agency ‘at least in half’ and overhauling the Labor Department’s office of mine safety,” Lisa Friedman reports for the Times. Murray sent a similar memo to Secretary of Energy Rick Perry on March 23.

Murray wrote in the memo to Pence that his wish list is geared toward “getting America’s coal miners back to work.” It included requests to cut funding for carbon capture and sequestration technology and eliminate a 2009 EPA ruling that was the legal basis for most of President Obama’s climate change policy.

In a recent interview with the Times, Murray said that the memo outlined measures that would help provide “reliable, low-cost electricity in America” and praised the Trump administration for “being bold, being passionate and being correct in addressing a lot of these issues that were on my list here.”

Friedman reports, “The Trump administration has had an unusually close relationship with Mr. Murray. He and 10 of his miners were invited to watch the president sign an executive order to rollback President Obama’s climate change regulations. He has met with Mr. Perry to discuss the needs of coal producers. His longtime attorney, Andrew Wheeler, is awaiting Senate confirmation to the No. 2 slot at the EPA, and David Zatezalo, the nation’s new top mine safety and health regulator and previously the president of a coal mining company, told his hometown paper that Mr. Murray had encouraged him to put his hat in the ring for the job.”

Despite Murray’s influence, on Jan. 8 the Federal Energy Regulatory Commission rejected Perry’s proposal to subsidize coal and nuclear power plants, which would have mostly benefitted Murray.