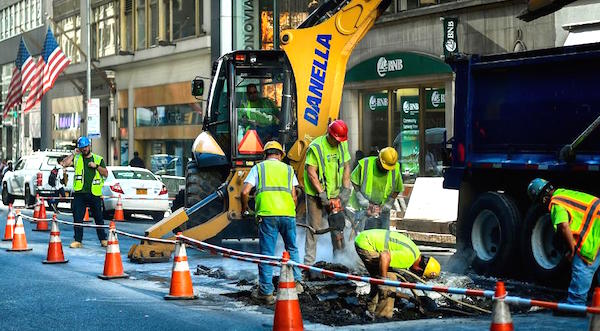 FRANKFORT, Ky. — Kentucky appears on the verge of winning approval for Gov. Matt Bevin’s proposal to reshape the state’s Medicaid plan after federal authorities announced Thursday that they will approve rules requiring some people on the government health plan to work or volunteer.

The U.S. Centers for Medicaid and Medicare Services (CMS) announced early Thursday it will authorize “community engagement” requirements that Kentucky and a half-dozen other states are seeking to impose on some people who get health coverage through the federal-state health plan.

Such rules, never before approved by the federal government, are a key part of Bevin’s plan to reshape Medicaid in Kentucky.

It’s been 16 months since Bevin first proposed a sweeping overhaul of the state’s $10 billion Medicaid plan that gets about 80 percent of its funds from the federal government, which must approve it. Medicaid covers about 1.4 million people in Kentucky including poor children, adults, disabled individuals and elderly people in nursing homes.

“We are excited about the new guidance issued by CMS to allow states the flexibility to pursue innovative approaches to improve the health and well-being of Medicaid beneficiaries,” Miller said. “This guidance is a critical step to moving the Kentucky HEALTH program forward.”

But it was slammed by U.S. Rep. John Yarmuth, a Louisville Democrat who supports the current Medicaid program and its expansion under the Affordable Care Act that added coverage for nearly a half-million Kentuckians. He said the changes will force many to lose health coverage.

“My only hope is that the chaos caused by this policy and the desperation of the Kentucky families who will soon lose their only access to health coverage will force Gov. Bevin to demonstrate some level of compassion and reverse this disgraceful policy,” Yarmuth said.

Now that the work requirement has been approved, Miller said he expects “quick approval” of the state’s proposal he said will help “Medicaid beneficiaries improve their social, educational, and health outcomes.”

Bevin’s proposal would require some adults to work or volunteer at least 20 hours a week to keep health benefits, saying it will inject more personal responsibility into the government health plan and believes participants should have some “skin in the game.”

Advocates say the work requirement and other changes will cause up to 95,000 Kentuckians to lose health coverage, according to the administration’s own calculations.

Health advocates oppose many of Bevin’s proposed changes as unnecessary obstacles to health coverage in Kentucky, a poor state which had one the sharpest declines in the nation of people with no health insurance after Medicaid expanded to include more people under the Affordable Care Act, or Obamacare.

In addition to work or volunteer requirements, Bevin’s plan includes copayments and premiums from many participants. People who don’t comply with rules could lose coverage and be “locked out” for months.

A statement by Kentucky Voices for Health, a coalition of health advocacy groups, said it is monitoring the latest developments closely and expects Bevin’s plan, known as a “waiver” to be approved soon. The organization will “be following this process closely and will send out an analysis of the approved waiver when it is released,” it said.

The Washington Post reports Kentucky’s plan could be approved as soon as Friday.

Advocates also say the work rules are likely to face a legal challenge since federal law establishes Medicaid strictly as a health plan for the poor and disabled with no requirements that some members work or volunteer.

Bevin’s work requirement is aimed largely at “able-bodied” adults added to Medicaid under the Affordable Care Act and would exclude the elderly, disabled, medically frail or some caring for children or other relatives. The letter released Thursday by CMS authorizing work requirements contains similar language.

About 480,000 Kentuckians were added to Medicaid after the program was expanded under Obamacare to include anyone up to 138 percent of the federal poverty level, an annual income of $16,643 for an individual.

Health advocates and state officials across the country had been watching closely to see whether Kentucky would win approval for the work requirement.

The decision comes after the nation’s top Medicaid official, Seema Verma, in a Nov. 7 speech to state Medicaid directors, said federal officials had decided to approve such work requirements for any state seeking them.

Verma, as a private consultant, helped design Kentucky’s Medicaid waiver proposal before joining the Trump administration. CMS has said she would not be involved in reviewing Kentucky’s application.

FACES OF HOPE: WE DO RECOVER ...Lacy Day’s story, But God!