PRICHARD WOMAN, 35, ACCUSED OF BILKING 72 YEAR-OLD MAN OUT OF $$$THOUSANDS 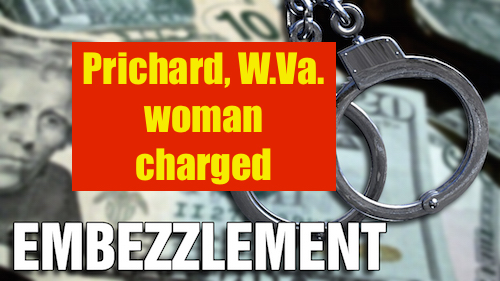 (The following is being released to all media outlets in an effort to make the public aware of a growing concern in our community.)

The complaint, filed by Officer Combs in Wayne County Magistrate Court, alleges Karry Ann Spears had a previous financial relationship with a 72 year old Wayne County resident and that Ms. Spears misused and misappropriated thousands of dollars for her own benefit.

Family members of the elderly female contacted Kenova Police in October to report unusual transactions at the bank. The investigation revealed unauthorized

local purchases as well as a number of items purchased over the internet and shipped to other locations.

The investigation into the thefts revealed Ms. Spears misappropriated funds on more than seventy (70) occasions. More charges are pending.

Anyone with information regarding this incident or the subject involved is urged to contact the Kenova Police Department at 304-453-1281.

Embezzlement by misuse of power of attorney or other fiduciary relationship; penalty.

Any person who holds a fiduciary power of attorney, or who has a fiduciary relationship with a person, and in so doing wilfully and with intent to defraud embezzles, misappropriates or fraudulently converts for his or her own benefit, or for the benefit of another, the assets or property, real or personal, with which he or she has been entrusted, or misuses or misappropriates funds from the person to whom he or she owes a fiduciary duty or misuses any account, line of credit or credit card of the principal for purposes not contemplated by the terms of the power of attorney instrument or fiduciary relationship, or for purposes not intended by the principal in the execution of the power of attorney or for purposes not intended by the fiduciary relationship, shall be held to have embezzled the same and, upon conviction, shall be deemed guilty of the larceny thereof.