East Ky. man helps support county of his roots after making it big in industry…

One of the biggest attractions at Dollywood in Pigeon Forge, Tennessee is the “Coat of Many Colors” parade every evening before the park closes. According to Dollywoood officials, the recent upgrade of the floats is due to the efforts of a Pike County man. 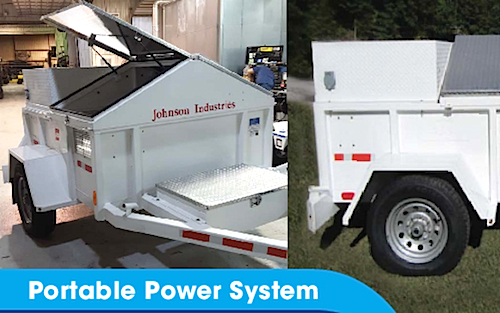 Elkhorn City High School alumni Barry Joe Stiltner has worked at Dollywood for about 21 years. An electrician by trade, he started as a ride technician before working his way up to becoming the director of rides maintenance — responsible for the inspection, maintenance and repair for all the rides in the theme park.

“It was in May of last year when we started looking around to make our floats more environmentally friendly,” said Stiltner. “Up until then, they were gas-powered, which made the music hard to hear. So we took a look at what we needed — electric, could pull a large amount of weight and low to the ground. There are only a few manufacturers that fit that bill.”

One of those companies is Johnson Industries in Pikeville.

“Since I was from the area, I was aware of Johnson Industries and what they did. Since the down-turn of the coal industry, I know supporting mining businesses had fallen on hard times, so I wanted to give them a chance to show what they could do,” said Stiltner.

Stiltner was able to convinced the park to go with the Pikeville company. 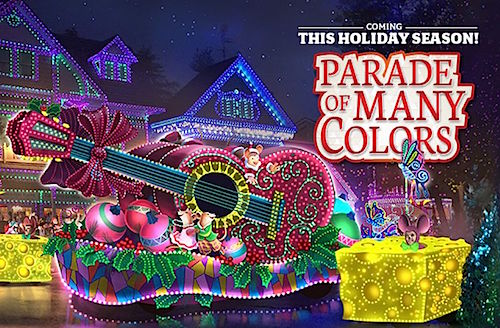 Stiltner’s decision to support the Pikeville business was richly rewarded.

“Johnson Industries was able to design and build six chassis based on a pre-existing mine-cart design that perfectly suits our needs within six months,” said Stiltner. “No other company could do that.”

Stiltner traveled back and forth to Pikeville during the production process. “We went with Johnson Industries for many reasons,” he said. He said Johnson Industries provides maintenance and repair on site in Pigeon Forge and was willing to work with the park to deliver the chassis to the Orlando-based float design company.

“Johnson (Industries) are doing a fantastic job and delivered great products,” said Matt Young, Dollywood special events coordinator. “We first started to use them in November last year opening the Christmas season and have had no problems since then.”

Young said that thanks to the success of working with Johnson Industries, they are looking at the possibility of expanding the parade and will continue to work with the Pikeville company to do so.

“We saved a lot of money on transport and inspection costs during the production process, but it is the customer-based service on a local level where the biggest benefit is,” said Stiltner.

'COLDER IN LOUISA THAN IN ICELAND TODAY,' LABAN SAYS...