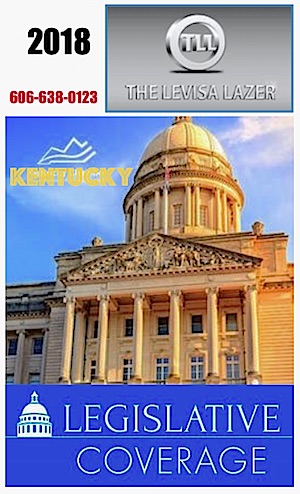 Several state legislators have pre-filed bills ahead of the 2018 session of the Kentucky Legislature which begins Tuesday in Frankfort.

Gerald Watkins, D-Paducah, is heading into his last session as state representative in the 3rd District, which includes Paducah and a portion of McCracken County.

He has pre-filed four bills, including:

• BR (Bill Request) 370 – Relating to the disclosure of private cellular phone numbers. “This would make it illegal to share, sell or market mobile cellphone numbers without the (cellphone) owner’s consent,” Watkins said, who introduced the bill in previous sessions.

“This is my last chance to get it passed. I’ve had calls of support from different parts of the state.”

• BR 371 – Relating to life imprisonment for persistent felony offenders. “That’s my three strikes and you’re out bill,” Watkins said. “This is directed toward repeat, violent offenders, to try to get them off the street, so on the third independent conviction of a Class A or Class B felony, it’s life in prison, no probation, no parole.”

• BR 372 – Relating to criminal attempted murder. The measure would make criminal attempt to commit the murder of a peace officer or firefighter an offense for which at least 85 percent of the sentence must be served before probation or parole. Currently, if there is no serious physical harm, the attempt would be classified as nonviolent and only 20 percent of the sentence would have to be served.

• BR 373 – Relating to crimes and punishments. The bill would create a new section of law to apply a uniform penalty of mandatory drug treatment and community service to persons convicted of possession of certain drugs and paraphernalia. Watkins said the measure is an attempt to differentiate penalties for personal possession as opposed to dealing drugs.

“These people (possession only) don’t need to be incarcerated; they need treatment to help them become part of the community again,” he said.

Danny Carroll, R-Paducah, is a state senator in the 2nd District, which includes Ballard, Carlisle, Marshall and McCracken counties.

He has pre-filed two bills:

• BR 105 – Relating to sex offenses. The measure would increase penalties for sex crimes against a victim who is a person with an intellectual disability.

• BR 271 – Relating to the safety of canines and felines. The bill would provide civil immunity for damaging a vehicle if a person enters the vehicle with the reasonable, belief that a dog or cat is in immediate danger of death if not removed. Carroll said this was a companion bill to another bill passed in 2016 to provide immunity for people who damage a car in the good-faith belief that a child inside the vehicle is in imminent danger. Twenty-seven states already have similar animal protection laws in place.

“It’s just a way that animals can be protected without someone having to worry about civil liability if they do take that step to break into a car,” Carroll said. “There are some actions that must take place first, like calling 911 or making efforts to look for the owner.”

He has pre-filed three bills:

“What I’m trying to do is set up a mechanism for the (state) constitution. The executive branch has the full authority (to put regulations into effect that the legislature finds deficient). I’m trying to put a provision into the constitution that will allow, essentially, a veto of executive regulations, should the General Assembly decide to override it.”

Imes said that in 2012, 81 percent of the regulations that the General Assembly found to be deficient were passed by the governor’s cabinet.

“We’re just trying to cut through the maze of regulations,” he said. “The legislature, being the voice of the people in government, should take precedent over the administrative regulations.”

“First and foremost, it will save the counties considerable money every four years by not having an election,” Imes said. “For instance Calloway County is out roughly $100,000 every election cycle that we have. For McCracken, it would be more than that. It would roughly cost $3,250 per voting precinct. Overall, it would save the counties in the state about $16 million every four years. … It’s costing the state roughly $3.5 million on top of that to elect six people.”

• BR 433 – Relating to TVA in-lieu-of-tax payments. It calls for half of the in-lieu-of tax money paid by the Tennessee Valley Authority to the state that is not dispersed among TVA property counties to be dispersed to those counties. Currently, 70 percent of the money paid by TVA to the state is dispersed to about 30 counties. This bill calls for another 15 percent to be paid to those counties, with a maximum of $6 million additional dollars to be dispersed.

“Currently, TVA pays money to the state in lieu of taxes for property that they own or assets in different counties,” Humphries said.

“They use those dollars for general fund expenditures, whatever they need. The whole pot is about $30 million, so about $20 million is being dispersed under a formula. My bill asks for a general fund check to be cut for roughly 50 percent of the 30 percent remaining in the state coffers at this time. That would be roughly half of the $10 million remaining in the general fund – about $5 million – to be dispersed strictly for economic development opportunities, infrastructure, bricks-and-mortar kinds of opportunities.”

By David Zoeller and David B. Snow
Paducah Sun

More information about the Kentucky General Assembly and its actions can be found at www.lrc.ky.gov.