ART LANDER’S OUTDOORS: A LOOK BACK AT 20 YEARS SINCE INCEPTION OF KENTUCKY’S ELK RESTORATION PROJECT 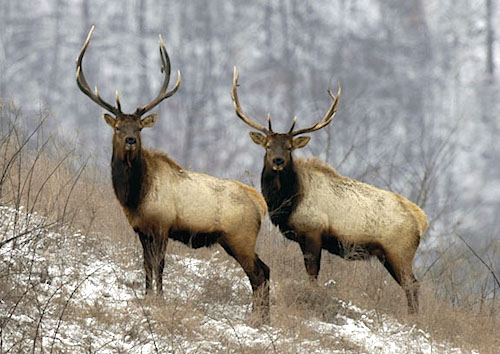 This is the first in an occasional series of articles on elk in Kentucky, in celebration of the 20th anniversary of the elk restoration project.

The end-of-the-year holiday celebrations have a special significance this year as it was 20 years ago this December 18th that Kentucky’s elk restoration project began.

The return of elk to the mountains of eastern Kentucky has had an immense social, economic and cultural impact, and is the realization of the vision to create hunting and wildlife viewing opportunities, with economic benefits from tourism to rural communities in the region.

The resounding success of this largest wildlife restoration project ever attempted in the eastern U.S. has garnered national attention and kudos for the Kentucky Department of Fish and Wildlife Resources (KDFWR), and the Rocky Mountain Elk Foundation (RMEF), who financed a majority of the project.

Here’s some insight into the beginnings of elk restoration in Kentucky, with some quotes from a taped interview that aired recently on Kentucky Educational Television (KET):

• In Colonial America elk were common east of the Mississippi River.

The eastern elk (Cervus canadensis canadensis), which was native to Kentucky, was one of six subspecies of elk that inhabited the northern and eastern U.S., and southern Canada.

Unregulated hunting and habitat loss wiped out elk in Kentucky by the mid-1800s. Naturalist John James Audubon observed that by 1851 a few elk could still be found in the Allegheny Mountains but that they were virtually gone from the remainder of their range.

The last eastern elk was shot in Pennsylvania on September 1, 1877. The subspecies was declared extinct by the U.S. Fish and Wildlife Service in 1880.

The elk that were stocked in Kentucky during the six-year restoration project were Rocky Mountain elk (Cervus canadensis nelsoni), a subspecies found in the Rocky Mountains and adjacent ranges of western North America.

• In 1996 wildlife biologists and administrators with KDFWR, and members of the Kentucky Fish and Wildlife Commission, began to discuss, then study the feasibility of re-introducing elk to reclaimed coal mined lands in eastern Kentucky. 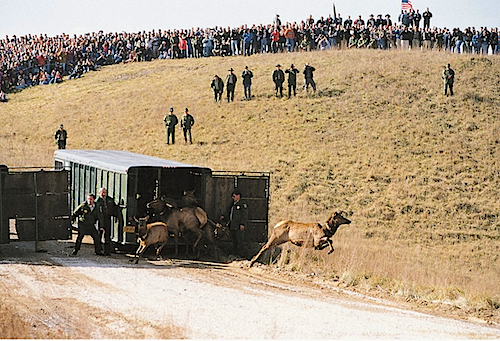 Tom Bennett, who was KDFWR commissioner, said that it seemed like “a crazy idea at the time.”

There was many unanswered questions, including: 1) How would the project be financed? 2) Was there enough suitable habitat? and 3) Would the public support the idea?

GROWING UP IN LOUISA -- OUT WITH THE OLD!