Heavy hitters in the business world have joined together as shareholders in Braidy Industries, the firm that’s building a $1.3 billion aluminum rolling mill in northeastern Kentucky.  The list includes entrepreneurs, industrialists, investors, a former member of the U.S. Joint Chiefs of Staff, a world-renowned Harvard University economist, as well as current and former researchers at the Massachusetts Institute of Technology.

Braidy Industries Chairman and CEO Craig T. Bouchard released the names of the eight shareholders in a news release about a new scholarship fund they have created for local high school students.

Bouchard said in the new release that each of the shareholders “takes responsibility to the community seriously” and will work to make eastern Kentucky “the crown jewel of the commonwealth.”

The planned aluminum mill came as welcome news last April to local residents who have been hammered with jobs losses over the past two decades. Once an employment hub, the Ashland area has lost thousands of manufacturing jobs. 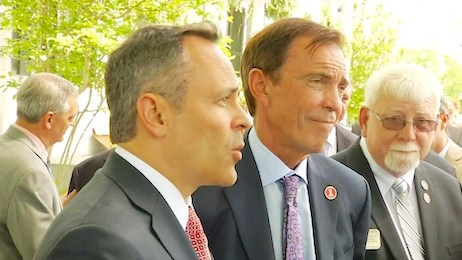 One of the hardest blows to the economy was the shutdown of an expansive AK Steel mill along the Ohio River. Other smaller companies also have moved out, including a plant in Wurtland that made pigments for a variety of industrial products.

“Braidy Industries’ decision to locate in eastern Kentucky has the potential to be as significant as any economic deal ever made in the history of Kentucky,” Gov. Matt Bevin said when the project was announced.

The proposed 2.5-million-square-foot aluminum mill will be built at the EastPark Industrial Center outside Ashland.   Braidy Industries has purchased 204 acres of land at a cost of just more than $900,000. Bevin said in April that the project would create about 1,000 temporary construction jobs and more than 500 permanent manufacturing positions when it’s up and running.

The facility is expected to produce about 300,000 tons of aluminum a year, with opportunities to expand over time.   Bevin said the average wage of workers in the new facility will be about $70,000 a year. He said the company will also provide low-cost healthy meals, a day care, a fitness center and other amenities to create an employee-friendly workplace.

“Our team recognizes an opportunity to make incredible impacts both in the global aluminum industry and in bringing well-paying jobs to eastern Kentucky in the heart of Appalachia,” Bouchard said the day the plant was unveiled. “The state’s willingness to partner closely with private industry makes this a prime location to found and grow our world-class and cutting-edge rolling mill.”   In March, during the final hours of the 2017 legislative session, lawmakers approved the Bevin administration’s request for a $15 million incentive for what was described at the time as a mystery economic development project.   About a month later, Bevin announced that Braidy Industries would be building the massive aluminum rolling mill. The $15 million was transferred to Commonwealth Seed Capital, a limited liability company that’s owned by the state and is listed as one of the shareholders.

Bouchard had initially refused to divulge the names of other shareholders, saying that is proprietary information.

However, Attorney General Andy Beshear said in October that the Kentucky Cabinet for Economic Development is required under state law to release documents containing the names of shareholders.   Beshear weighed in at the request of the Courier Journal newspaper in Louisville.

“This puts to rest the question of who our shareholders are,” Bouchard said. 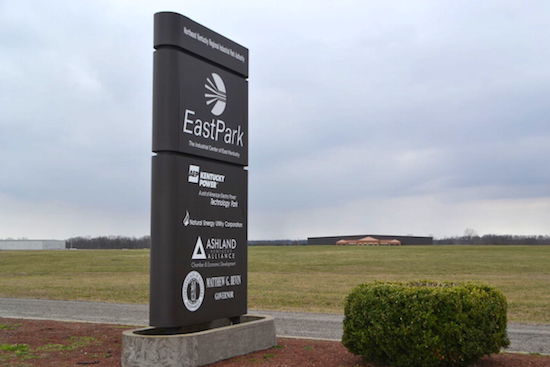 Bouchard, Commonwealth Seed Capital, and Charles Price, president and CEO of Louisville-based Charah, the largest privately held manager of byproducts from coal-fired power generation in the U.S., are the only investors with direct ties to Kentucky.   Price is described as an entrepreneur and industrialist who has more than 35 years of experience in the construction and industrial sectors in Kentucky and beyond.

The other shareholders are:

• Michael Porter, a world-renowned economist who leads Harvard University’s Institute for Strategy & Competitiveness and a professor at the Harvard Business School.

• Norton “Nordy” Schwartz, a former chief of staff of the U.S. Airforce who, in that role, served as a member of the Joint Chiefs of Staff in the U.S. Department of Defense.

• Christopher Schuh, head of Massachusetts Institute of Technology’s Department of Materials Science and Engineering where his research focused on optimizing the mechanical properties in metals.

• John Preston, former director of technology development at MIT where he was responsible for commercialization of MIT-developed technologies.

• The Robert Stucker Trust. Stucker is chairman emeritus of Vedder Price and has extensive experience advising corporations and financial institutions with respect to executive compensation, mergers and acquisitions, corporate finance and governance matters.

• Carl Westin, a Swedish national described as “an astute, accredited investor who has no business relationships within Kentucky.”

Braidy Industries wants to become the nation’s leading producer of high-quality aluminum for the auto industry and of ultra-high strength alloys for the aerospace industry.   The state has agreed to potentially provide more than $12 million in tax incentives to the company. Up to $10 million of those incentives are tied to hitting job numbers and wage targets over a 15-year period. The other $2.5 million in incentives is meant to offset taxes on construction materials.

Boyd and Greenup counties agreed to allow Braidy Indusrtries to forgo paying property taxes on the property in EastPark for 20 years. However,   Bouchard has said the company will be paying its school taxes and plans to continue investing in northeastern Kentucky.

”Eight months ago they said they were breaking ground April 1, 2018, and they’re still on schedule,” said Ashland Alliance President Tim Gibbs. “For them, staying on schedule is crucial.”