The body of Paul Bowen, 7, was found on the West Virginia side of the Tug Fork River on Christmas Day according to the Martin County Sheriff John Kirk on his FB page.

The tragedy has everyone in the area holding their children a little closer. 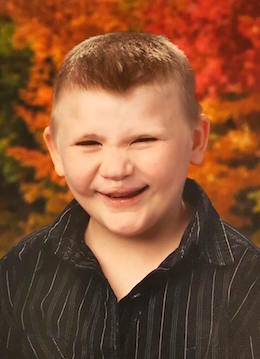 A Christmas gathering that included neighbors and members of the family was at the residence having dinner when it was discovered that young Paul was not anywhere around the house.

A huge search party looked for the boy, and Sheriff Kirk says that a couple driving by saw the child floating down the river in the Warfield community in Martin County.

The Kermit Vol. Fire Department found a hat at the scene where the child was believed to have fallen in, and his body was discovered about a half a mile from there.

Family members are now coming together to remember his life. Donations can be made in Paul Bowen’s name to the Mullins Family Funeral home in Warfield to help pay for funeral expenses.

He was born on April 22, 2010, a son of Joshua and Tiffany Lambert Bowen of Warfield, KY. Paul was a student at Warfield Elementary School, where he was loved by the staff and students alike. He was preceded in death by his paternal grandfather, Paul L. Bowen, paternal great-great grandparents, Luther and Philista Horn.

Funeral services will be conducted on Friday, December 29, 2017 at 12:00 Noon at the Mullins Family Funeral Home, Warfield, KY with Joe McGinnis, Kenneth Gore, and Bill Davis officiating. Burial will follow in the Melvin Bowen Cemetery of Hode, KY.

Visitation will be from 11:00am – 9:00pm on Thursday with services at 7:00 pm at the Mullins Family Funeral Home, Warfield, KY. Mullins Family Funeral Home is honored to be able to serve the family of Paul Luther Bowen and praying for their comfort. In lieu of flowers contributions can be made to the funeral home to help with with the funeral expenses. 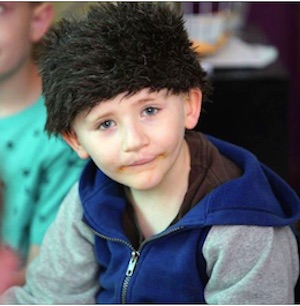 FACES OF HOPE: WE DO RECOVER ...Brigette Duba’s 'Redemption Story'