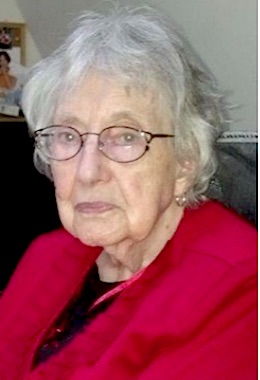 Ruth Fyffe Roberts, 96, of Louisa, Kentucky went home to be with the Lord Sunday, December 24, 2017 at home surrounded by loving family.

She was born January 14, 1921 at Mazie, KY, the daughter of the late John Henry Fyffe and Mary Esta Hay Fyffe. She was preceded in death by her husband Willis B. Roberts in 1979 and a son Garrett Michael Roberts in 1970.

Ruth was a Christian, a homemaker, a wonderful quilt maker having made numerous quilts for her children and all her grandchildren, and was retired from the Center for Rehabilitation at Thelma, KY.

A graveside service will be held Wednesday, December 27, 2017 at 1:00 pm at the Fyffe-Roberts Family Cemetery at Flat Gap, KY. Bro. Jesse Fyffe will be officiating at the service.