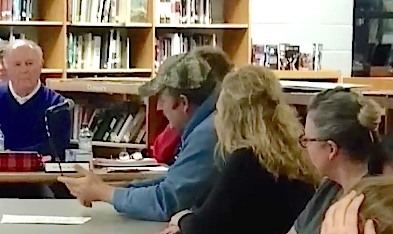 First off, the Board offered recognition for various student achievements, beginning with the LCHS engineering students who had recently participated in the Youth Career Connect Group project through the Department of Labor. Students Caden Ratliff, Jackson Feltner, Kade Sword, Adrianna Burchett, Carly Kirk, Hunter Goble and Cameron Marcum were present and explained their foray into robotics for the project. 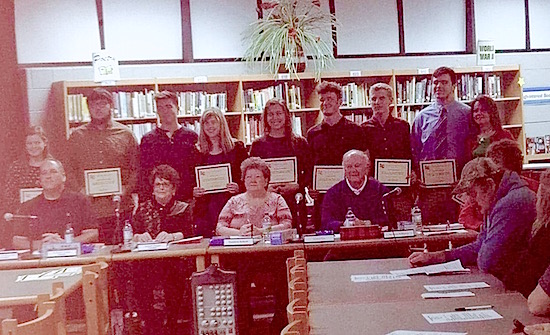 Next was the annual presentation of the Food City School Bucks rewards checks to schools by Food City Manager Kevin Garrett and Human Resources Coordinator Cheryl Gowan. Superintendent Dr. Robbie Fletcher noted the partnership: “We couldn’t do things we do with and for kids without community partners like Food City. They are the ones who make it possible,” he said. 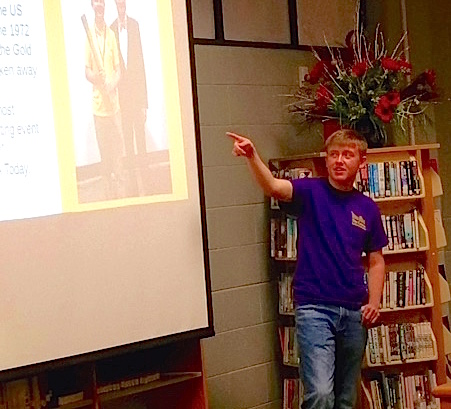 Rogers Scholar Mr. Lincoln Rose gave a presentation about his experience through the 2017 Rogers Scholar program, focusing on leadership development, service, and entrepreneurship. The program is the “flagship youth program of the Center for Rural Development.” More information on this program can be found at: http://centeryouthprograms.com/rogers-scholars/ 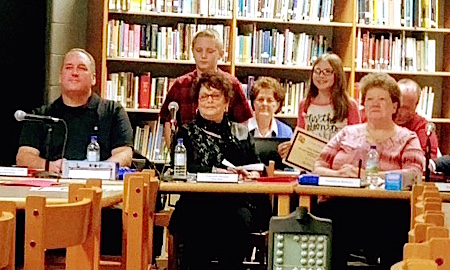 Dr. Fletcher then reported to the Board on several items: the convening of the Local Facilities Planning Committee for orientation on December 5, the upcoming legislative agenda for the Board of Directors of the Kentucky Association of School Superintendents, the earlier-than-planned release of students for Christmas break due to widespread illness, the draft plans from various sources for retirement system reform, the completion of the Title IX Interest Survey, and finally, the fact that LCHS has more dual credit course offerings through Ashland Community and Technical College than any other high school.

During the public comment segment, various citizens from Blaine voiced a displeasure at a perceived lack of extracurricular and after-school programs available for students. Particularly, they complained about an inability to get any momentum established in having a basketball program for boys or girls there and noted the historic involvement of Blaine residents in basketball.

They talked about wanting to reestablish the pride and spirit in Blaine School and how extracurricular activities would help.

Dr. Fletcher offered a commitment to stepping up efforts to find an individual willing to coach there and perhaps even incentivize it through more pay than is customary. Dr. Fletcher agreed that he would like to see the pride in Blaine basketball re-established but also recognized the outstanding performance of the Blaine academic team in their recent league action as well as the success of the school based on state testing results.

Specifically, Blaine Elementary was labeled a Proficient School by the Kentucky Department of Education in 2016, and Blaine Middle’s students had an index high enough to be the district’s first School of Distinction in 2017 based on previous statewide cut scores.

Board Chairman Heath Preston presented the members of the board with a gift in the spirit of the season, giving them each LC umbrellas that he personally purchased from a fundraiser held at Louisa East Elementary.

The next scheduled meeting is January 15, 2018 at Lawrence County High School at 6 p.m.