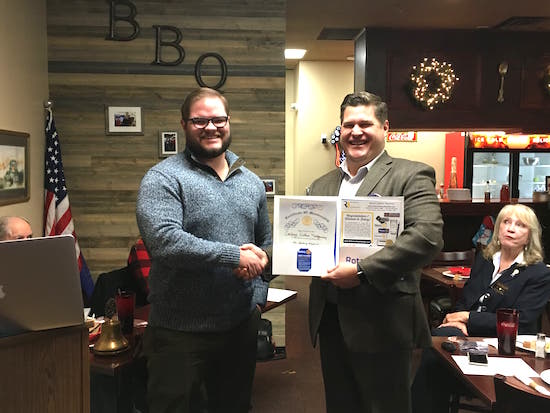 Louisa Rotary met for its weekly meeting on Thursday, December 14th at the Southern Spoon, as it will for the entire month of December. As always the meeting began with a prayer, Pledge of Allegiance and reciting the four-way test. After the opening traditions, the club recognized the birthday of Beverly Scarberry. Steve Lycans filled in for President Chris Jobe as he was unable to attend. He welcomed new member Calloway Montgomery to the group. Calloway is the son of long time Rotarian and Past-President Steve Montgomery. 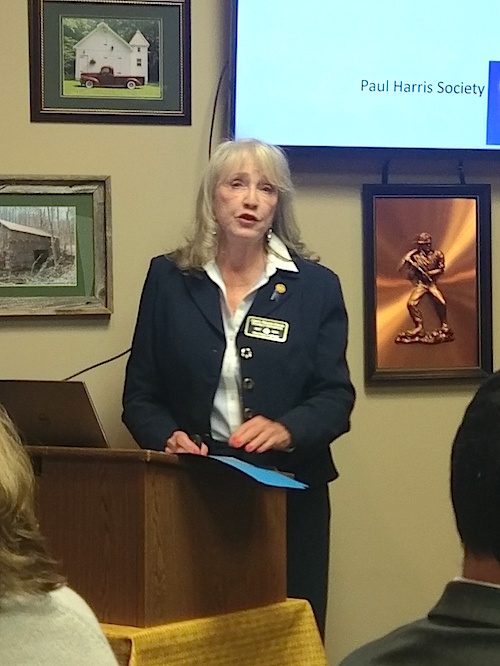 The speaker for the week was a familiar face, Cheryl Spriggs the very first women District Governor. Ms. Spriggs is a member of the Ashland Rotary Club. Spriggs is not only the first women to become a District Governor in Rotary, she has been a trailblazer in many aspects of her life. She was the first woman retail sales manager at the Herald Dispatch and was the fourth to be an Ashland city commissioner.

She is only one of two women to hold the Rotary title as there are 38 clubs in Eastern Kentucky.

She lost the Louisa Rotarians that as the District Governor, she gets to be a cheerleader for each club and provides grants. She is required to visit each individual club on a quarterly basis amongst other duties.

She spoke on the History of Rotary. Spriggs spoke about how Rotary came to be, and why. Let’s focus on the ‘why’ as the YouTube video below to explain the rest.

The Foundation was created in 1917 by Rotary International’s sixth president, Arch C. Klumph, as an endowment fund for Rotary “to do good in the world.” It has grown from an initial contribution of US $26.50 to more than US $1 billion. It has one of the largest and most prestigious international fellowship programs in the world.

“One of their biggest humanitarian projects has been to help eradicate Polio”, Spriggs said. “Rotary, along with our partners, has reduced polio cases about 99.9 percent worldwide since our first project to vaccinate children in the Philippines in 1979. Rotarians have helped immunize more than 2.5 billion children against polio in 122 countries.”

“If polio ends, it will be the second major disease ever eradicated in history, first being smallpox.”

Ms. Spriggs finished her speech by saying that “Rotary means “Service Above Self.” It’s so important to turn in all service hours, as there have been 16 million service hours reported this year, and we know there are more.”

Rotarians make a difference in the world, our country and certainly our community! With that the meeting was adjourned for the week.