Another large fire was squelched by the Lowmansville Vol. FD, Woods said.

Woods cautioned about burning anything outside “until we get some rain or other precipitation” because of the the extremely dry conditions. 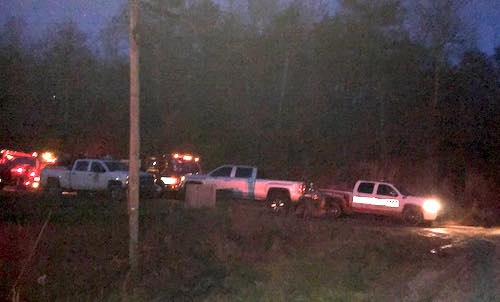 “…Around 2:15 pm December 16th Lawrence County E-911 received a report of an out of control brush fire at the head of Roe Cr. Road.

Upon arrival of the Big Sandy Volunteer Fire Department they found a rapidly growing brush fire and were concerned about multiple structures in the area. 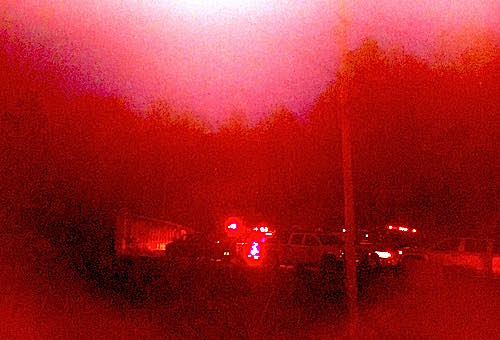 The departments were initially concerned about the fire continuing to grow on the west end towards KY 707 but after a shift in wind and positive results in fighting the fire the main concern was shifted to structures on the east end and power lines in the area.

Firefighters were able to keep the fire from reaching any structures and kept the fire contained to the wooded area. 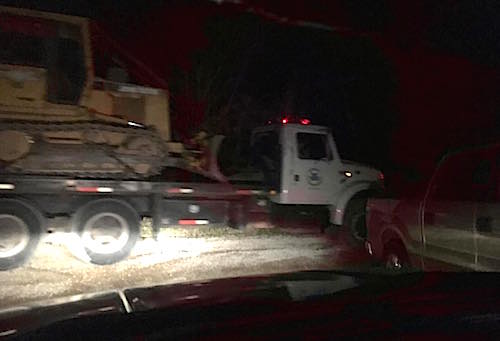 The Kentucky Division of Forestry responded multiple crews and two bulldozers to help stop the fire. The fire departments were able to clear the scene around 6:30 PM while the KDOF remained on scene completing fire lines around the entire fire.

It is estimated the fire burned between 25 and 50 acres. We would like to thank the American Red Cross serving Eastern Kentucky for their assistance today.

Even though the fall fire season ended on Friday December 15, we recommend everyone refrain from burning until we receive some significant rain or snow. In addition to this fire we also had another brush fire handled by Lowmansville Fire Department earlier in the day.”