HUNT WARNS SIX SLEEPING IN HOME TO ‘GET OUT OF THAT HOUSE NOW!’ 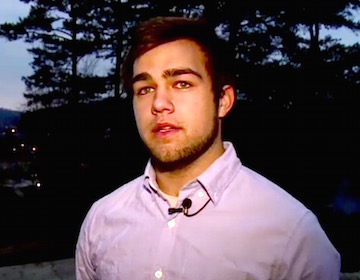 Without 16 year-old Matthew Hunt and his mom Andrea, one Lawrence County family’s Christmas could have turned out to be a disaster. But with quick thinking, along with heroic action everyone is alive and well.

Hunt was with his mother on his way to take his driving permit test early Friday morning at about 9:30am, but God had other plans for him. As he was traveling down Route 2565 he saw smoke and fire which looked to be at Greenlawn Cemetery Road in Louisa. 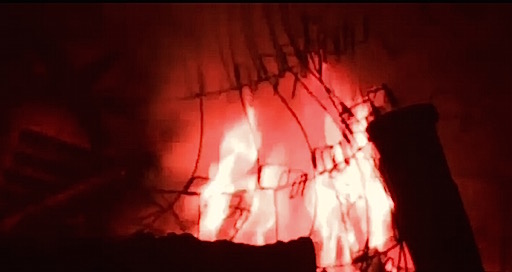 Hunt, who is a junior at Lawrence County High School, began to run up the driveway of the house and realized that the attached garage was fully engulfed by fire. He began pounding on the doors and windows, doing anything to wake the family that was asleep inside, he said later.

After not getting an answer the young man ran inside and upstairs just as the flames had began to spread across the yard closer to the Shepherd’s house.

Shepherd said she and the others inside were unaware of the danger approaching.

“He ran through my upstairs and woke everybody up,” Shepherd said.

Matthew and his mother quickly helped get the entire family including Cindy Shepherd, her husband, her daughter and her boyfriend as well as her son and his girlfriend, along with the family’s fur babies outside to safety. Hunt found a water hose and began to spray water until the Louisa Fire Department arrived.

Without Matthew Hunt and his mom Andrea, this family’s Christmas could have turned out to be a tragedy.

“God dropped those angels on my front porch this morning,” Shepherd told WSAZ-TV. “That little boy saved my family.”

“I am just so thankful to Matthew and Andrea, they are now a part of our family,” Cindy Shepard said today.

Cindy Shepherd had the following posted on her Facebook page at noon today (Saturday).

“…Hasn’t happened often in my lifetime that I have been at a loss for words but today I have found myself lost. The what if’s and did I’s and coulda’s that just don’t matter.

God dropped a Christmas angel on my doorstep. Simple as that. Matt Hunt and his sisters and his mother Andrea Tackett saved us. They saved my house and they basically saved us .

The infamous garage is gone and every single item that was in it. Brandon’s beautiful car is a mere frame. The front of our house is completely melted. And while I know the clean up and future rebuild lies before us, tonight my children, Jimmy and I, Brandon, Moriah, and ALL of our fur babies are safe with our roof still over our heads .

Our AMAZING family did what we do-they charged in like a brigade and took care of everything – my love for them is immeasurable and I pray they know that.

Thank you God for Matt and his family. My faith in humanity has been restored.”

FACES OF HOPE: WE DO RECOVER: Caitlin Fannin’s story, Empty to Overflowing