DOLLAR GENERAL STARTED OUT IN RURAL KY., NOW HAS MORE STORES THAN MCDONALD’S

Dollar General Corp. expands its rural niche, sometimes making it too tight for other retailers 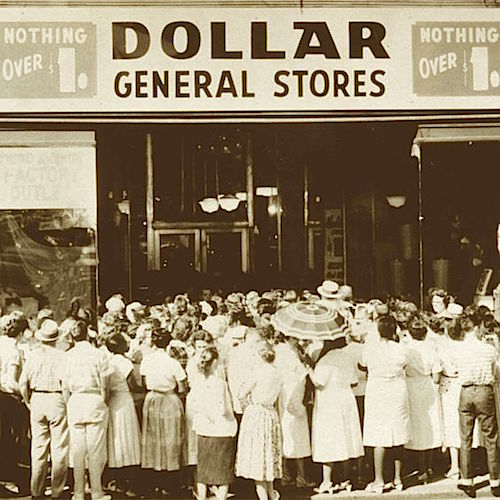 Discount chain Dollar General Corp. is expanding in most U.S. rural areas, but some residents have mixed feelings about that. Dollar General started out in rural Kentucky, and now has more than 14,000 locations in the U.S (about as many as McDonald’s) and says it will have opened about 1,285 this year.

A new Dollar General has just opened on Rt. 23 South near the 645 intersection. And a new Family Dollar has located a little further South.

There are Dollar Generals in urban and suburban areas, but its expansion strategy is to put stores in rural areas that can’t support a big-box store and offer reasonably-priced items rural residents to which might not otherwise have quick access, Frank Morris reports for NPR.

“They serve a part of the country that Walmart doesn’t serve directly,” Institute for Rural Journalism and Community Issues Director Al Cross told Morris. “You have to maybe drive 20 miles to get to a Walmart. You might only have to drive 5 miles to get to a Dollar General.” 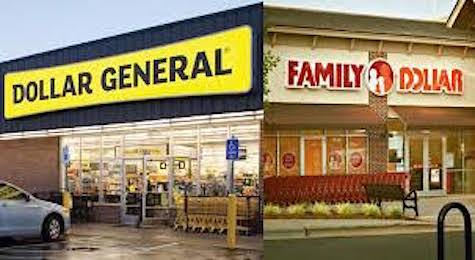 But Dollar General and competitors Dollar Tree and Family Dollar, are putting the squeeze on rural grocery stores like one in Moville, Iowa, a town of 1,600. After the town’s last grocery burned down in 2008, residents pooled their money to rebuild and asked local grocery chain owner Chet Davis to step in and operate the new store. But Davis says Chet’s Foods lost a third of his sales after Dollar General came to town, and he might not be able to stay open.

Davis is trying hard to keep the store afloat. He “negotiated a rent reduction earlier this year with the community development group that townspeople funded to reopen a store. The group leases the space to him,” Barbara Soderlin reports for the Omaha World-Herald. And Davis opened a dollar section at his store and cut employee hours, but now he says he’s asking for a second rent reduction and says he’ll have to make a decision about closing in early 2018.

Though the Moville dollar store might sink Chet’s Foods because of its convenience items, Chet’s offers things Dollar General doesn’t have in its traditional stores, such as fresh meat, dairy and produce. If Chet’s closes, the closest grocery store is 20 miles west in Sioux City. But Dollar General is competing directly with full-service groceries with Dollar General Market stories, mainly in the region around its Nashville headquarters.

Small-town leaders have mixed feelings about Dollar General; some worry that it could hurt local businesses, but if they have local sales taxes, they are also tempted by tax revenue. The typical Dollar General store generates about $1.6 million in sales a year, Soderlin reports, but the biggest part of its sales comes from food, which is tax-exempt in most states. Locally owned grocery stores circulate more revenue back into the community than a dollar store, as well as bumping up local housing values.

BJM KEY PLAYER SHOOTOUT AT TOLSIA WAS HUGE SUCCESS IN 2017