NEW COACH HAS 13 BOYS IN PROGRAM 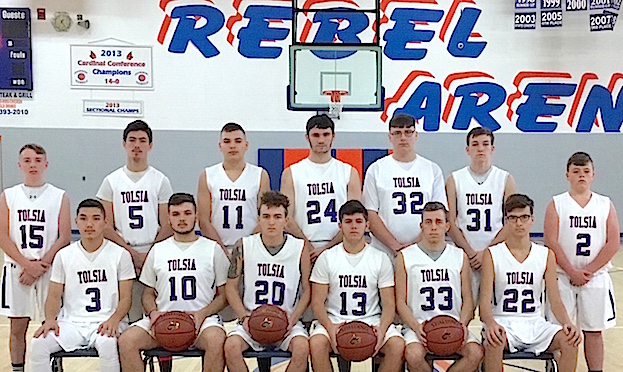 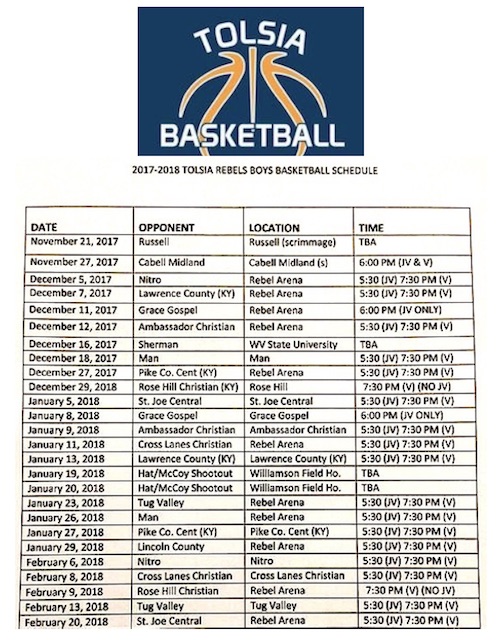 Senior Jared Switzer is the only returning starter and junior Jacob Mollette, who played significant minutes off the bench, will team with senior Wayne Williamson a starter from two years ago who is back after not playing last season. Seniors Jonathon Johnson and Kyler Speer will provide depth in the backcourt.

The Rebels have 13 players in the program this season with a nice mix of upperclassmen and a freshman class that includes Tyler Johnson, Rob Cantrell, Zach Ball, Austin Salmons and Trey Brumfield.

Junior William Spaulding is a wiry player that doesn’t have much experience. Sophomores Zane Sturgill if healthy and Blake Sturgill could also see some minutes.

The Rebels don’t have much size and will try to make up for it by playing fast and getting buckets in transition.

The Rebels will play a tough schedule that includes Lawrence Co. twice, a few Double A schools plus Tug Valley, Huntington St. Joe and two games in the always tough Hatfield/McCoy shootout at Williamson. 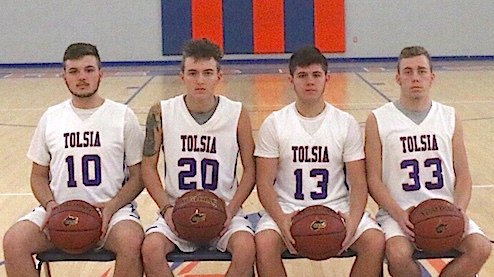 Tolsia will open up the season next Tuesday and Thursday at Home vs Nitro and Lawrence Co. JV at 5:30 and Varsity at 7:30.

“… We have a scrappy group who collectively work well together. We are looking to get up and down the floor in transition and play hard every possession. I believe we have a great group of young men who are buying into the program and the system of play.

“…Coming in as a new coach the system is going to continue to evolve throughout the year. We want to put an exciting, hard working product on the floor and bring some excitement into the community,”