Cecil, Dheel and West elected as teacher members of new SBDMC at LCHS.

Parent members will be elected in next two weeks

LOUISA – Superintendent Robbie Fletcher began the November regular BOE meeting with positive news.The Lawrence County School District is one of only a handful of systems across the Commonwealth of Kentucky in which more than 1,000 students and community members have signed the Anti-Bullying Pledge promoted by the Kentucky Center for School Safety. And that was only part of the good news heard by attendees at the meeting Monday night at the Lawrence County High School library.

The KCSS for the second year in a row asked students and community members to commit to the elimination of bullying across Kentucky and sign the STOP Bullying Now pledge online. Once again, Lawrence County students and community members responded with overwhelming enthusiasm as more than 1,000 individuals signed the online petition to signal their agreement. Only 16 districts could claim more than 1,000 signatures to the elimination of bullying.

Those in attendance got some other items of interest.

Transportation Director Rick Blackburn delivered a proposal to the Board which

could allow them to purchase busses at a substantial discount through a program offered by Detroit Diesel, Inc.

The program will provide for the replacement of two regularly utilized busses that were built in the 1990s with new, state-of-the-art units that will give LC Schools a 35 percent price break.

“If everything goes through it could save the school system $43,000 per purchase of a bus,” said Blackburn, who also serves as District 4 magistrate on the Lawrence Co. Fiscal Court. The Board unanimously approved Blackburn’s pursuit of the eligibility status for the district.

Principal Martha Williams of neighboring Sheldon Clark High School thanked the Board for once again allowing them to utilize LCHS facilities to host the annual Zip Zone Classic Basketball Tip-Off.

“Progress is being made toward us having a facility in Martin County to use once again, but until that time we appreciate Lawrence County being willing to let us use the gymnasium here to host the event. We would definitely provide this sort of assistance in return if it should ever be necessary,” she stated. Mrs. Williams provided the attendees with the schedule of events for Saturday, November 25.

Fletcher also encouraged people who wanted an opportunity to understand more about the planning involved and to have input to attend the open public forum that follows the Facilities Planning Orientation Meeting on December 5 at 6 p.m. in the LCHS library.  Both meetings are open to the public, but the public forum begins at 7:15 p.m.

Fletcher informed the gathering on the progress toward establishing a boys’ soccer program at LCHS, noting that exploration has to be done on making sure things remain balanced in terms of Title IX requirements with regard to sports for girls.

He also updated the board on the status of LCHS SBDM Council elections and updated them on the Food Service procurement review currently underway.

Fletcher noted the featuring of Lawrence County High School on an episode of “FireCast,” a program from Kentucky Valley Educational Cooperative. The show focused on the school’s culture, including its renowned Homecoming Week, the job shadowing experience at LCHS which allows students to be present for and witness such things as major surgeries through programs like LCHS BioMed, and the Lawrence County High School Mass Media program.

Fallsburg Elementary and Louisa East Elementary students will also participate in KVEC’s “Hour of Code,” which gives students exposure to the world of computer coding and its vital role in the modern world.

With sadness the Board marked the passing of retired bus driver and community member James Daniels with a moment of silence.

The Board of Education will meet for its December regularly scheduled meeting at 6 p.m. on December18 at Lawrence County High School in the library.

LOUISA — The teacher representative elections for the School-Based Decision Making Council at Lawrence County High School have concluded and Kim Cecil, Jennifer Dheel, and Brad West have been elected by their peers to fulfill those roles at LCHS. 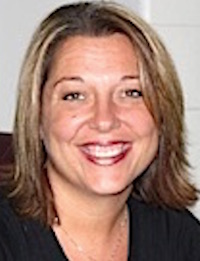 “These teachers have either served on previous School Based Decision Making Councils or on the previous school advisory council,” said Lawrence County High School Principal Christy Moore. “They are veteran teachers and they know how to serve in a way that represents the needs of the school as a whole – students, families, faculty and staff, and the community. We are excited and look forward to concluding the parent representative election so that we can jump into the new calendar year in January with a fully functioning SBDM council.”

The parent selection process will begin within the next couple of weeks.