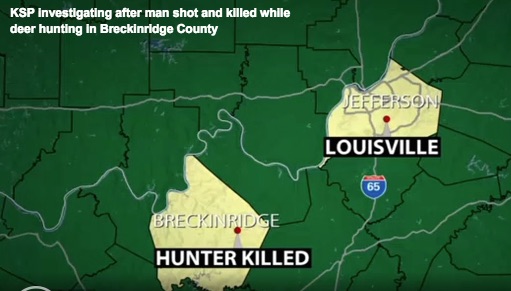 Christopher B. Stone, 43, of Irvington, was deer hunting with Nicholas Lee Ford, 39, of Brandenburg, Thursday, when Stone discharged his rifle into an overgrown field surrounded by woods off JE Haynes Road in Irvington, according to Kentucky State Police.

Ford happened to be standing in the area and he was shot in the back, KSP said. He was taken to Breckinridge Memorial Hospital, where he died, police said.

The shooting remains under investigation by KSP.

GROWING UP IN LOUISA -- STANLEY BROWN!