$1 A PACK MORE FOR A HEALTHIER GENERATION 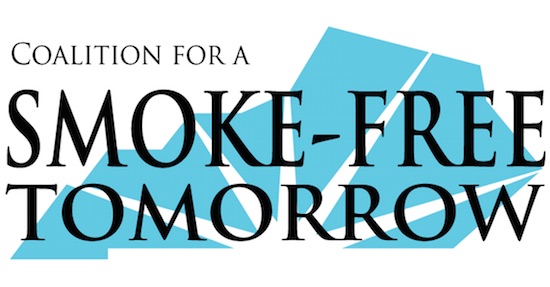 $1 MORE FOR A HEALTHIER GENERATION

Recently, a coalition of more than 100 health care, business, education, and health advocacy groups comprising the Coalition for a Smoke-Free Tomorrow called on the Kentucky legislature to raise the state tax on cigarettes by $1 per pack, with parallel increases in taxes on other tobacco products.

A Win for Health

This $1 increase would keep 23,200 of today’s youth from becoming adult smokers, and prevent 5,900 infants from being born too early due to smoking during pregnancy. Another 29,400 current adult smokers would quit.

The increase is clearly a win for the health of Kentucky, where 8,900 residents die every year of smoking-related illness. That’s why Kentucky health advocates support the increase.

A Win for Business

It’s also a win for business leaders in the Commonwealth who currently lose nearly $2.8 billion every year in reduced productivity due to smoking. The extra cost for businesses adds up to an estimated $5,816 per employee every year. Economic development experts also know that Kentucky’s high smoking rate – the second highest in the nation at 24.5 percent, right behind West Virginia, and 62 percent higher than the national average – makes it harder to attract new business and jobs to the Commonwealth. That’s why so many of Kentucky’s leading employers and economic development officials support the increase.

A Win for the State Budget
The $1 increase also would generate more than $266 million in new revenues, which would go a long way toward filling the state’s budget shortfall, not to mention the need for funding to shore up the state’s pension systems. Cigarette tax increases are particularly effective at reducing smoking among youth, lower-income smokers and pregnant women – reductions that directly decrease state Medicaid expenditures. That makes it a win for the state budget.

The research shows that significant tobacco tax increases are a reliable and predictable source of state revenues. The data also show that, over time, any significant reductions in tobacco tax revenues tied to the smoking declines they generate are much smaller than the reductions in government and private sector expenses on smoking-related health care, productivity losses and other costs

Kentucky currently has the 43rd lowest state tobacco tax in the nation, at 60 cents. Raising the tax to $1.60 would keep Kentucky’s tax below the national average of $1.71. Moreover, the average price of a pack of cigarettes in Kentucky after the tax increase would be similar to the average price in bordering states. So mom and pop stores on Kentucky’s borders can support the measure without worrying that large numbers of their customers will try to avoid the higher tax by buying cigarettes across state lines.

An Across the Board Tobacco Tax Increase is Best

We all know cigarettes and smokeless tobacco are bad for our health. Nor are e-cigarettes a safe alternative to smoking, particularly for youth, pregnant women, and adults who have never smoked.

Recently, Kentucky youth and young adults, like their counterparts across the nation, have begun using electronic cigarettes at astonishing rates. From 2011 to 2015, youth e-cigarette use exploded by 900 percent. Studies also show that youth who have used e-cigarettes are more likely to smoke cigarettes later. If we hope to reduce tobacco-related disease in Kentucky, we must ensure we’re not creating a new generation of nicotine addicts who will end up sick, hard to employ and a preventable drain on state coffers.

It’s time to enact the proven measures that will reduce smoking and its related illnesses, reduced quality of life and massive health care expenditures in Kentucky. We can honor our tobacco heritage without allowing it to continue plaguing both our health and our economy. We urge you to contact your legislators and tell them you support a $1 tobacco tax increase because it’s a win-win-win for Kentucky.

The Coalition for a Smoke-Free Tomorrow has launched a website, www.smokefreetomorrow.org, which compiles information about the campaign and tobacco-use reduction policies and programs, as well as a monthly newsletter (sign up here). Leaders of companies and organizations who would like to join the Coalition can do so on the website. For more information, contact Angela Koch, akoch@healthy-ky.org, 502-326-2583.

HOW $$$ALARIES OF STATE, COUNTY OFFICIALS ARE DERIVED