A new 50-state analysis of the U.S. House tax plan released last week reveals that in Kentucky the wealthiest 1 percent of Kentuckians would receive the greatest share of the total tax cut in year 1 and their share would grow through 2027. Further, the value of the tax cut would decline over time for every income group in Kentucky except the very richest. 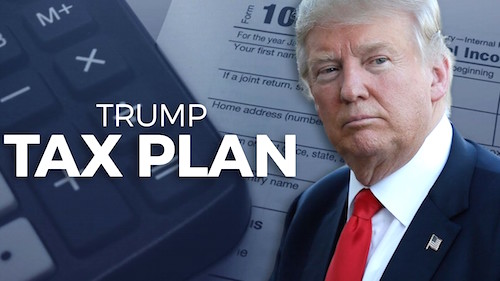 House leadership continues to tout the tax proposal, which would increase the federal deficit by $1.5 trillion over the next decade, as a plan to boost the middle class.

But an examination of the bill’s provisions by the Kentucky Center for Economic Policy reveals that it is laser-focused on tax cuts for the nation’s highest-earning households.

The wealthiest Kentuckians’ share of the tax cuts would grow over time due to phase-ins of tax cuts that mostly benefit the rich and the eventual elimination or erosion in value of provisions that benefit low- and middle-income taxpayers.

For example, after 5 years, the bill eliminates a $300 non-child dependent credit that benefits low- and middle-income families while fully repealing the estate tax in year 6 for the very large estates subject to the tax.

More specifically, the 10-year outlook for the plan reveals that by 2027, for the top 1 percent of households in Kentucky their share of the tax cut would increase from 25 percent in year 1 to 40 percent by 2027, for an average cut of more than $41,000.

Middle-income taxpayers’ average tax cut would erode from $580 to $290 after 10 years. The tax cut for all income brackets except the richest one percent would decline during the nine year period.

“Let’s be clear: The U.S. House tax plan will primarily benefit the rich, across the nation and in Kentucky,” said Kenny Colston, communications director for the Kentucky Center for Economic Policy. “These tax cuts that mostly benefit top earners will add to the nation’s annual deficits and will come at the expense of low- and middle-income families who will likely lose more from funding cuts to education, health care, infrastructure and other public services than they gain from the small tax cuts they would receive.”

Read the entire report or get more details about Kentucky.   The Kentucky Center for Economic Policy is a non-profit, non-partisan initiative that conducts research, analysis and education on important policy issues facing the Commonwealth.
Launched in 2011, the Center is a project of the Mountain Association for Community Economic Development (MACED). For more information, please visit KCEP’s website at www.kypolicy.org.

LC SELECT TRAVEL BASKETBALL TEAM OFF TO A GOOD START