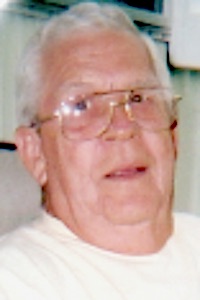 Jack Edward Robertson, age 83, of Louisa, passed away Tuesday, November 7, 2017 at home. Jack was born October 16, 1934 in Fort Gay, WV. He is the son of the late Floyd and the late Opal Spears Robertson.

He was a carpenter

Mr. Robertson is survived by a daughter, Brenda Swafford and husband Ernest of Louisa Ky. and a son Jack Robertson, Jr. and wife Patsy of Lexington, Ky. Jack leaves behind eight grandchildren and several great grandchildren.

In addition to his parents, Mr. Robertson was preceded in death by his wife, Lydia Short Robertson and a son, Steven Eugene Robertson.

Funeral Services will be held on November 9th, 2017 at 1:00 pm at the Wilson Funeral Home with Rev. Roger Jordan officiating.

Friends may call from 11:00 am till time of service.

Private interment will take place at a later date.

All arrangements have been entrusted to Wilson Funeral Home.