Hurricane, W. Va. — Lawrence Co. Youth football wrapped up another season as the ( A Team ) suffered a loss to a very good Hurricane team on Saturday afternoon 36-0 in the semifinals of the Tri State Football League. 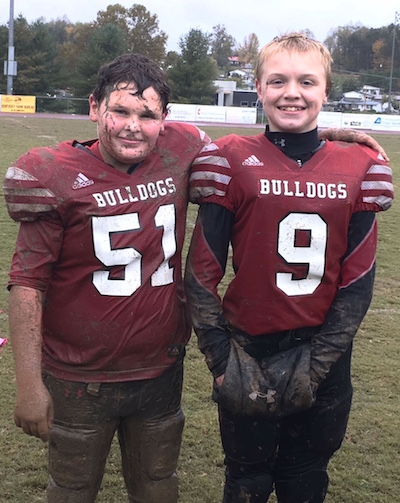 Gray Derifield scored from 6 yards out for the only points for the Dawgs as they fell in the first round of the playoffs at Home.

It was a tough day for the youngsters as they fell in the first round of the playoffs to a good Redskin team to end the season.

“… Hurricane had 2 monsters, we played with heart though and never quit. This was a great group of kids. Learned so much this season.”

“… It was another great year for LCYFL. 200 children doing what they love, cheering and playing football. Our cheerleaders continued setting the bar on excellence, and our football players left their hearts on the field. For me personally, it was the most fun year I have ever had.”