This isn’t what Papa ordered. 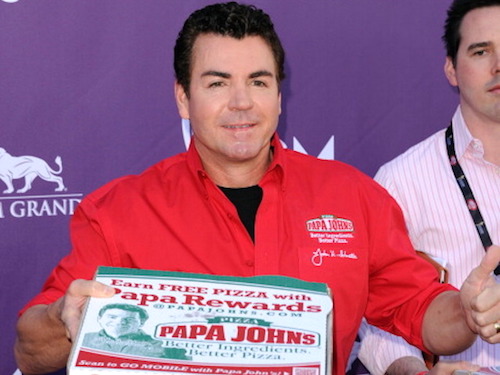 “The NFL has hurt us,” Schnatter said in a conference call. “We are disappointed the NFL and its leadership did not resolve this … Leadership starts at the top and this is an example of poor leadership.”

“This should have been nipped in the bud a year and a half ago,” Schnatter said on the call. “Like many sponsors, we’re in touch with the NFL. Once the issue is resolved, we’re optimistic the NFL’s best years are ahead.”

A spokesperson for Papa John’s did not immediately respond to a request for comment.

In the wake of former San Francisco 49ers quarterback Colin Kapernick’s decision to protest by kneeling during the national anthem before the start of NFL games, President Donald J. Trump has harshly condemned players for taking a knee and has even encouraged Americans to boycott the NFL.

“Sports fans should never condone players that do not stand proud for their National Anthem or their Country. NFL should change policy!,” Trump tweeted in September.

Amid Trump’s protests of the NFL, Schnatter hasn’t publicly condemned the president for slamming his company’s business partner.

A large donor to Republican candidates, Schnatter gave $1,000 in July of 2016 to the “Trump Victory” committee, according to a Federal Election Committee filing.

Papa John’s has been a longtime sponsor of the NFL, and Schnatter previously said he enjoyed the league’s sponsorship.

“The NFL has been a great partner for many years and Papa John’s continues to be the pizza of choice among avid NFL fans,” Schnatter said in a 2016 statement.

By Thomas Novelly
The Courier-Journal