Kentucky is among five states where motorists are seeing gas prices rise, and they could reach the highest point since 2015, according to an industry analyst. 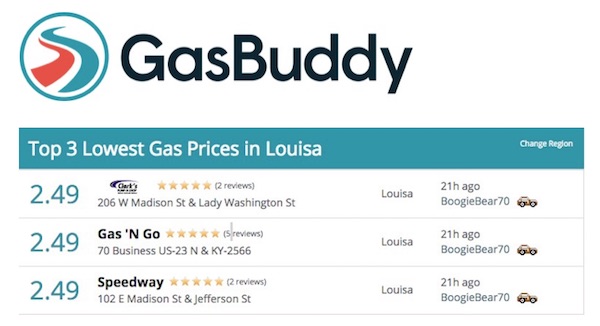 The commonwealth — along with Michigan, Indiana, Ohio and Illinois — has been hit this week by a combination of factors. They include refinery maintenance, a major pipeline outage and low gasoline inventories, according to Patrick DeHaan, head of petroleum analysis for GasBuddy, which tracks local gasoline prices.

According to GasBuddy.com, Paducah’s pump prices ranged from $2.19/gallon to $2.39/gallon Wednesday afternoon. Metropolis, Illinois had the highest price in the region, at $2.49/gallon at some stations.

In Lawrence County there is a ties for lowest prices. (SEE GRAPHIC ABOVE, CLICK FOR MORE PRICES.)

The Explorer Pipeline, which runs from the Gulf Coast through St. Louis to Chicago and has a capacity of nearly 700,000 barrels a day, sustained a leak last week.

“Normally, that (pipeline) is considered a ‘go-to’ when there are outages for maintenance. Well, now that’s out of the equation, so there’s not a whole lot of ability for gasoline to be shipped to the region,” he said.

“The third issue is that inventories of gasoline in the Midwest are at two-year lows,” DeHaan said. “That could be because gasoline was shipped from the Midwest to the Gulf Coast during Harvey, but it is more likely a product of refinery maintenance and high demand.” 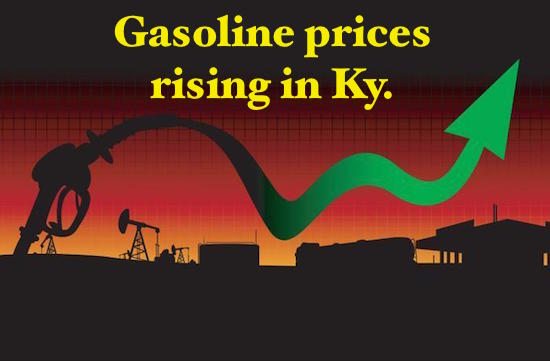 Wholesale gasoline prices have seen an impressive rally in the last week, rising nearly 50 cents per gallon, including another double-digit gain in the market Wednesday in response to continued tightness in the region.

Prices in the five states could soon jump to their highest levels since BP’s refinery outage in 2015. GasBuddy estimates prices could soon rise to $2.99/gallon in Michigan, $2.95/gallon in Indiana, and $2.89/gallon in Ohio and Kentucky. Prices in Illinois, mainly around Chicago, could top $3/gallon.

“Relief will come eventually, once the Explorer Pipeline is repaired, which is expected to be fixed within days,” DeHaan said. “Even then, it will take days for gasoline flows to return to normal, and the problem of refinery maintenance will still linger.”

By David Zoeller
The Paducah Sun