ROGERS COSPONSORS BILL TO RESTORE POWER TO THE DEA 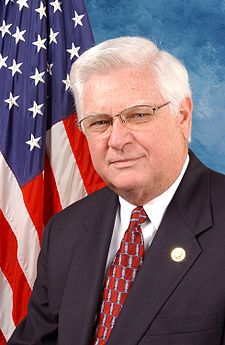 restore the Drug Enforcement Agency’s (DEA) power to hold distributors, wholesalers and pharmacies responsible for their roles in the nation’s deadly opioid epidemic. This authority was restricted last year with the passage of S. 483, which H.R. 4079 fully repeals.

A recent joint investigative report by the Washington Post and 60 Minutes shed light on efforts by companies in the pharmaceutical industry to remove some of DEA’s statutory and regulatory authority to crack down on distributors and pharmacies that had not been diligent or vigilant in tracking the amount of painkillers being pumped in and out of their supply chains and pharmacies, respectively. The resulting legislation, authored by Rep. Tom Marino, limited the ability of DEA to suspend a company’s license in these situations.

Congressman Rogers sponsored the RESTORE Act to fully reinstate the DEA’s ability to immediatately suspend a company’s license to distribute, sell or disburse controlled substances if that company’s actions or lack of action pose an “imminent danger to public health or safety.”

“I’ve been fighting S. 483 since this harmful bill was introduced in 2015. I personally reached out to the bill’s sponsors and those in leadership, sharing my opposition to any legislation that hamstrings the ability of the DEA to go after those responsible for driving addiction in our country – whether intentionally or negligently. Some important changes were made; however, it is clear that the bill has unfortunately had the chilling effect on DEA that I initially feared,” said Congressman Rogers, co-founding co-chair of the Congressional Caucus on Prescription Drug Abuse. “It’s time to restore DEA’s full authority to rein in irresponsible actors that are endangering communities around the country. I urge my colleagues to act swiftly on the legislation.”