“It’s an inviolable system and he’s trying to affect future income of state employees,” Carroll said last Thursday, one day after Bevin released his plan that would put most 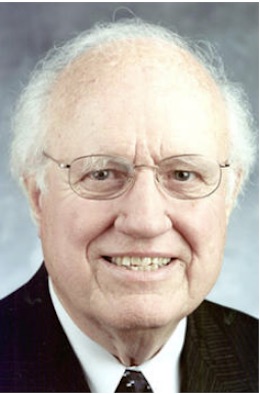 future state workers and teachers into a 401(k)-styled retirement plan and force current workers to contribute 3 percent of their pay into the system.

“That is illegal and there will be litigation. He’s going to have several lawsuits … the teachers and state employees will be bringing a lawsuit. I can guarantee there will be, even if I have to bring one myself.”

Carroll (D-Frankfort) warned of litigation during a town hall meeting last month at Anderson County High School, during which he and state Rep. James Tipton (R-Taylorsville) weighed in on the state pension crisis.

Both men during that meeting vowed not to vote for any proposals that would affect the pension plans of current workers.

Tipton issued an op-ed Monday following last week’s announcement, saying he would like to see the actual bill, which is expected to be lengthy.

“The actual legislation should be finalized in the next few days and it is my understanding that the actual bill will be over 400 pages long,” Tipton said. “Once the proposed bill is finalized, it will be sent to each of the respective pension systems to review and report back to the legislature with a fiscalimpact statement.”

Carroll said he’s also trying to fully figure out what all is in the bill.

“You can’t rely on anyone telling you the general things it does,” said Carroll. “Candidly, there would be some sneaky stuff in there.”

The state currently has an unfunded pension liability of at least $64 billion, ranking as the worst funded system in the nation, according to information provided by Bevin’s office.

Using prior funding patterns, experts conclude that the Kentucky Employee Retirement System, Non-Hazardous (KERS-NH), will run completely out of money by the year 2022 if meaningful pension reform does not occur, his office said.

With $7 billion in negative cash flow over the past decade, Kentucky’s pension spending has been increasing nearly five times as fast as revenues. This effectively reduces funds available for other important budgetary priorities such as education, healthcare, public safety and transportation infrastructure, his office said.

While largely leaving current state employees and teachers alone, the proposed changes will place future employees into a defined benefit system, such as a 401(k) that allows employees to place a percentage of their pay into a market-based retirement account, a percentage of which would be matched by the state.

Carroll said the fact that the proposal would require current teachers and government workers to kick in 3 percent of their salaries to shore up the ailing pension system is unacceptable.

“[Bevin’s] putting it on the backs of the recipients,” Carroll said.

“They’re not the reason for the problem. It’s the payers … the legislators and executive branches who are responsible for not keeping this whole.

“But instead of picking up the tab, he puts it on the recipients, which aggravates the problem.”

Carroll said teachers are already in the hole financially, due to having minimal pay raises during the past decade. Carroll said he estimates teacher salaries are down at least 10 percent due to cost of living increases.

“When the cost of living goes up and you have no pay increase, it’s a pay decrease,” he said.

“Now it’s hitting them again and the devastating thing is it will affect the caliber of teachers we attract to the system, which is so vitally important to the students.”

Bevin said today’s public retirees and employees would get to keep most of the benefits they expect, including defined-benefits pensions with payments guaranteed to last for the rest of their lives, according to a report at Kentucky.com, the website for the Lexington Herald-Leader.

And, Bevin is quoted as saying, there would not be a “clawback” of cost-of-living adjustments from state retirees that pension consultants recommended in August.

Over the next three decades, he said, Kentucky will commit to paying off the tens of billions of dollars it owes in unfunded pension liabilities to school teachers and state and local government retirees with a “level dollar” funding model that fully covers costs, rather than the old model of relying on a percentage of the state’s declining payroll.

“Keeping the promise is really the crux of what we are doing here today,” Bevin said.

The proposal drew criticism from a number of fronts, including from the Bluegrass Institute, which questioned how Bevin is protecting taxpayers.

“Frankfort’s politicians have been spending too much time in this pension debate wringing their hands over how to keep the political class and state workers – Kentucky’s largest voting bloc – happy while hoping taxpayers will consider the whole matter too complicated and complex to understand, much less engage about,” said the organization’s CEO, Jim Waters.

In a joint op-ed, Bevin, Senate President Robert Stivers and Speaker of the House Jeff Hoover said the proposal is fiscally responsible.

“The right thing to do is often difficult, but we are determined to fix the pension problem. We are doing it in a way that will be of the most benefit to all Kentuckians,” they said. “This is the most comprehensive and fiscally responsible pension reform plan in the history of the United States. We are confident that the rest of the country will pay close attention to this solution and that it will serve as a prudent model for others to follow.”