BULLDOGS AND REBELS WIN TWO EACH IN YOUTH LEAGUE ACTION

Fort Gay, W. Va. — On a picture perfect Saturday for football it was Lawrence Co. youth league going across the Tug River to make a visit to the Tolsia Rebels in the first matchup as the two leagues will play back to back weeks. 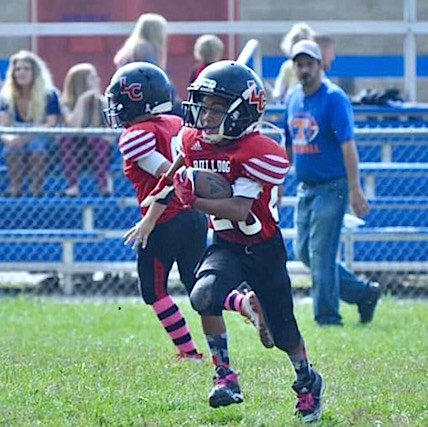 The defense was led by Mitchell Frazier who had 11 tackles and caused one fumble. Also registering tackles were: 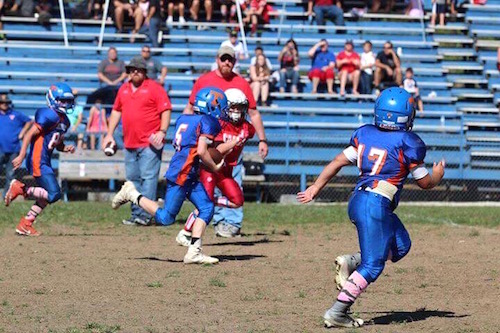 Lawrence Co. doesn’t have a B team so the Rebels took on the Cards from Martin Co. in a great ballgame. Tolsia jumped out to a 16-0 lead behind a Cole Collie 3 yard touchdown and a Parker Watts 65 yard jaunt plus 2 two conversions from Braydon Mollette. Dray Duff hit J Robinson with a 22 yard pass and Robinson ran in the two point play to cut the lead to 16-8. Rebel running back Jacob Litton went in from 17 yards out and Watts hit Luke Williamson for the conversion to put the game out of reach. Duff would add a 24 yard touchdown to set the final score.

David Dingess scored from one yard out and Camron Ratcliffe added the two point conversion for the only Rebel points. 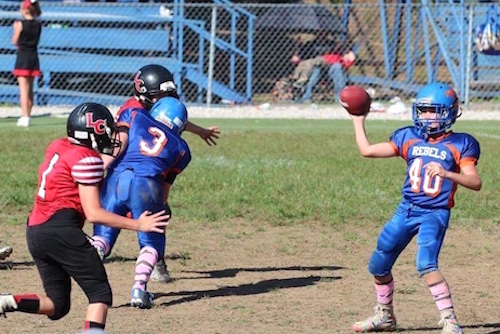 The two leagues will meet again this Saturday in Louisa at Luke Varney Jr. memorial stadium first game will be 10:00. The playoffs will begin the next weekend.