Thompson, a Barboursville, WV native completed his historic career in the Mountain State with three West Virginia Amateur Championships and three West Virginia Open Championship wins. Thompson still holds the record for being the youngest WV amateur Champion at 17 when he won the tournament the first time in 1966 in commanding fashion, beating runner up Jim Ward by eight strokes. In 1969 Thompson won his second Amateur setting a 4 day scoring record of 274. 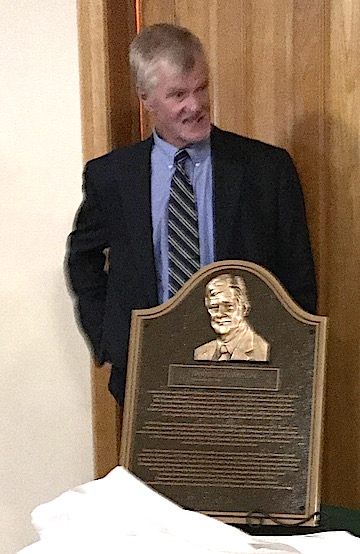 Thompson’s achievements extended beyond his days in West Virginia. He went on to play on the PGA tour from 1973-1982 making 92 cuts out of a remarkable 184 starts. Thompson’s career was highlighted by his tied for 1st, runner up finish in the 1981 Bing Crosby.

He also played in 4 major Championships. He was figured prominently in the book ‘Massacre At Winged Foot’ by Dick Schaap. The book depicts the harrowing conditions at Winged Foot Country Club for the 1974 US Open which was ultimately won by Hale Irwin in the only Open to never have a player shoot below par. Thompson was on the leader board after Saturday play but then succumbed to course conditions in what is unquestionably the hardest US Open for course conditions and weather for a US Open tournament.

Thompson left the tour to become a club pro and then returned to the Senior Tour and played from 1997 to 1999. Thompson concluded his competitive golfing career by competing in two US Senior Opens and one Senior PGA Championship. Mr. Thompson is now retired

Everyone at Eagle Ridge Golf Course remembers Thompson and his beloved dog Dolly who roamed the course as Barney gave lessons and attended to the course.