Pond Creek, Ky. — The faces may change as Belfry graduated 19 seniors off of last year’s state championship team but the results are still the same as the Pirates took care of Lawrence Co. 48-6 Friday night at Cam Stadium on Haywood field.

With the win Belfry ( 7-1 ) and 3-0 in District play, pretty much wrapped up another district title. Lawrence Co. fell to ( 5-4 ) and 2-1 in District play but is still in the drivers seat for the #2 seed and a home game in the first round of the playoffs with a win next Friday night. 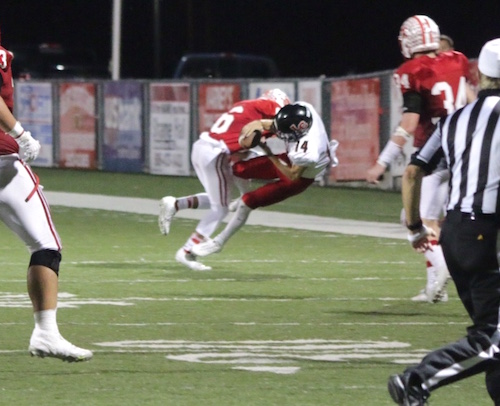 It is usually the daunting Belfry running game but this time it was the passing game as Avery Browning went 3-3 for 103 yards and three touchdowns one each to Taveon Hunter, Grayson Cook and Ryan Jessie.

The Dawgs only score came with no time on the clock after a late hit out of bounds against Belfry as time expired right before half extended the first half for one play.

After a timeout Noah West found Brad Parks from 6 yards out to make the score 28-6 at Halftime. 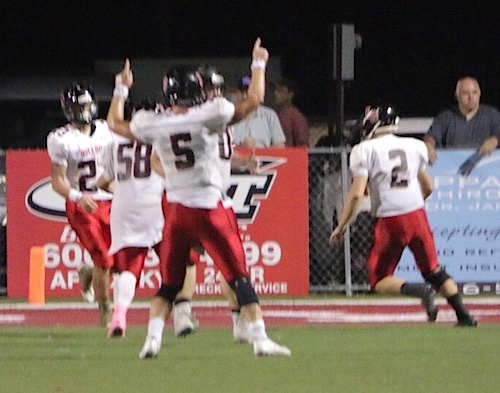