MULTI COUNTY PURSUIT ENDS UP ON BLAINE HILL; SUSPECT IS STILL ON THE RUN

On the evening of October 12th Deputy Byron Fairchild attempted to traffic stop a black S-10 pickup truck with 2 wanted individuals inside who were also under the influence and the vehicle had the wrong tags on it. 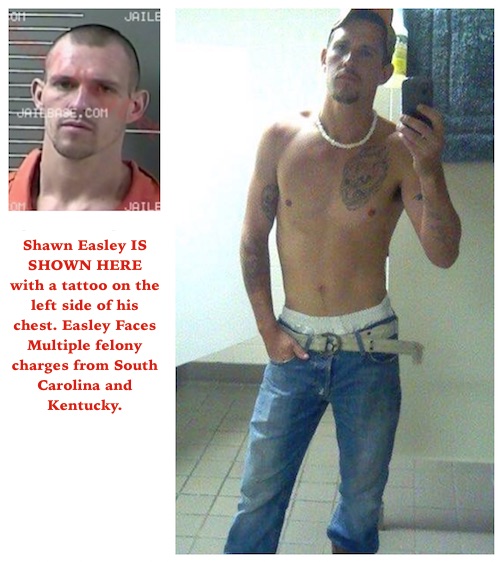 The deputy recognized the driver (Shawn Easley ) who was wanted out of South Carolina and a Traffic stop was performed at the KY40 and US460 intersection.

When the deputy got out of the cruiser to walk up and make contact with them the vehicle took off leading the deputy on a chase down KY40 West and on to KY172, The pursuit then came across KY1559 on to KY201 and went on into Lawrence County where the vehicle hit a ditch line ojn top of Blaine Hill and one subject was apprehended. 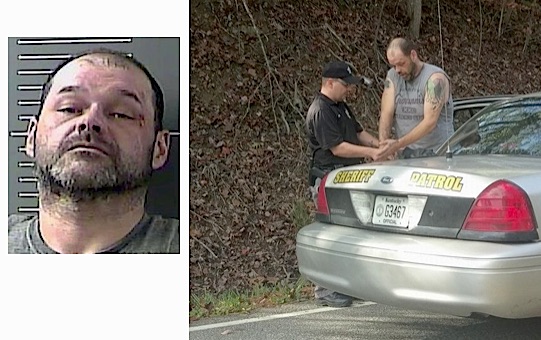 The driver punched the drivers side window out and ran into the hills and the passenger was caught and arrested. We are asking the for public’s help in locating a wanted person, Shawn Easley who should be on foot in the Blaine / KY201 area or may have made his way back to Paintsville. Use caution and do not approach him.

Through investigation and with items found in the vehicle it was determined both individuals were under the influence of Methamphetamine and alcohol. Assisting at the scene was JCSO Deputy Jerry Wiley, KSP Post 9, KSP Post 14, The Lawrence County Sheriffs Office, and Louisa Police Department.

Several new warrants have been issued for Shawn Easley’s arrest and a photo of him is provided below. Call 606-789-3411 with any information on his whereabouts.