Dog Pound went 4-0 to win the Men’s tourney knocking off the Good ‘Ol Boys 18-4 in the championship game on Saturday night.

Good Ol Boys finished 3-1 on the day after winning Pool A taking care of Win one for the Weaver who went 1-2 and team #RISEabove who went 0-3.

Dog Pound won Pool B with victories over the Misfits who went 1-3 and Block’s Bombers by 1 run who went 2-2 on the day suffering two one run losses. 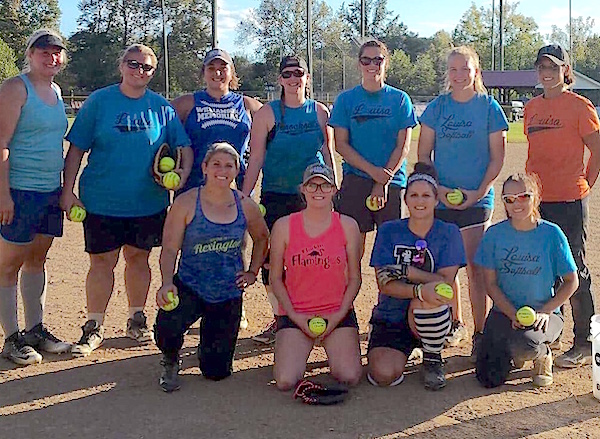 Blue Bandits went 3-0 to capture the Women’s championship including a 12-2 victory over the Oranges on Saturday afternoon.

Oranges went 3-2 with both losses coming to the champs. Grass Stain went 1-2 and Pink Poison went 0-3.

“… It was a great day and a really good turnout. It gave RISEabove the chance to get out of our norm a little and still find a way to make a positive impact on our community. The proceeds raised will go towards the fields at Stella Moore ball field, where we will coordinate with the youth league and find out where those funds can best be used.”

'THE WAR ON COAL IS OVER,' EPA'S PRUITT TELLS MINERS AS HE ANNOUNCES BID TO REPEAL CLEAN POWER PLAN