The head of the Justice and Public Safety Cabinet said last week the state is still working to implement a series of programs approved by legislators earlier this year that officials hope will increase job opportunities for people with felony convictions. 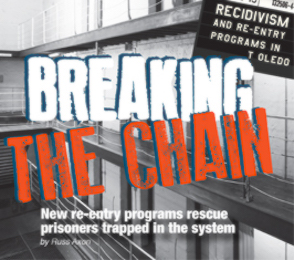 Legislators approved Senate Bill 120, which will allow the state Department of Corrections to partner with private industry to create jobs programs in prisons. The bill also allows jails to create and operate substance abuse and job training programs for inmates nearing release, and would loosen some restrictions that have prevented people with felonies from receiving professional licenses.

Justice Cabinet Secretary John Tilley said the state is in the process of applying for a federal waiver to create the jobs program, and businesses have expressed interest in participating.

“In terms of status, we are pushing as hard as we can” to get the waiver, Tilley said. Once the federal Bureau of Justice Assistance replies to the initial applications, state officials will make whatever changes are necessary and resubmit, he said.

The federal Department of Justice “promised to help expedite this,” Tilley said.

State officials visited a similar program in Kansas, which has seen some success, Tilley said.

“For those working inside the wall, they are guaranteed a job upon release,” he said.

Tilley quoted a Safer Foundation study that found 18 percent of people who leave prison and retain a job for more than a year are unlikely to commit a new offense, while 52 percent of offenders who do not keep a job for a year after release later commit new crimes.

The program, when implemented, will allow inmates to make a normal wage while working in prison. That benefits the inmate by allowing him or her to save money while also paying child support, restitution and even some of their incarceration costs, Tilley said.

“But we have had (companies) express interest,” he said.

The jail program would be similar to a work release, but would be for inmates nearing release. “This allows someone to become employed while in jail … and seamlessly re-enter (society) when they leave the jail,” Tilley said. The state has more than 24,000 inmates serving time in county jails.

“We know 95 percent of them are going to come home at some point,” he said

Not all full-service jails that house state inmates will want to create such programs, Tilley said. Justice Cabinet officials will hold training sessions for jailers at the Kentucky Jailers Association conference, which begins Oct. 10, he said.

“There is a lot of interest” among jailers, he said.

The bill also included a provision that would allow offenders to obtain professional licenses. The bill gives licensing boards the ability to deny a business license to a person with a felony conviction if the board determines the person’s criminal offense relates to the type of license being sought.

If a professional board denies a license, the person can appeal and can also file suit in court, Tilley said.

“We are training on all manner of things” in prisons. But in the past, a person who learned how to weld in prison, for example, was unable to obtain a professional license.

“Now, they’ll be able to truly be certified,” he said. “That will give them the credentials to work for a really nice wage all over the country.”

Other provisions included in the bill allow interested jails to operate re-entry centers, and for the Department of Corrections to create a drug court-style program to provide substance-abuse treatment for people leaving DOC on parole. Two DOC pilot programs are planned for northern and eastern Kentucky, Tilley said.

During debate about the bill, some legislators argued such programs create a situation where people with felony records are competing for jobs with people who have no criminal history.

“Felons are not the victims,” said Sen. Danny Carroll. “They knew what they were doing when they did it.”

When asked how he would respond to critics of the bill, Tilley said said the state also offers career training to the general public, but the opportunity is under-utilized.

“When you look at our career centers, no one takes advantage of what’s out there now,” Tilley said. “Employers are saying, ‘I’m willing to turn to an incarcerated population.'”

If the state does not work to improve employment prospects for people with felony convictions, the odds are high that people will continue committing new offenses, Tilley said. That is both a threat to public safety, and a cost, because taxpayers will have to pay to incarcerate inmates, he said.

“If we can turn that tax burden into a tax payer, that’s a win,” Tilley said.