MORE DRUGS OFF OF OUR STREETS, WITH MORE LOCAL ARRESTS TO COME

Drug arrest made in the Fort Gay area of Wayne County

FT. GAY, W.VA. — Earlier today Sheriff Rick Thompson made an announcement regarding an arrest made in the Fort Gay area of Wayne County. Sheriff Thompson says that the WCSD Drug Enforcement Unit was assisting the WVSP in a larceny investigation at a residence in which the DEU had already been working related to drug activity. A suspect at the residence, Antwon Jones of Columbus, OH and Paul Sartin of Beckley were arrested by the Wayne County Sheriff Department’s Drug Enforcement Unit and the WVSP. 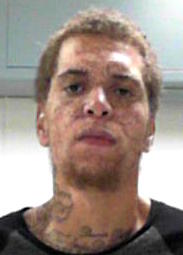 Sartin was also wanted on a felony warrant for Failure to register as a Sex Offender.

Two additional residents of Wayne County and one from the Louisa, KY area are also facing charges in the near future in reference to this case.

Sheriff Thompson states that “These drug arrests are a direct result of the coordinated effort of the WVSP and the Wayne County Sheriff’s Department Drug Enforcement Units. When Law Enforcement Agencies work together like this the Wayne County citizens benefit greatly.”