‘GAME CHANGER’; IN OPIOID RECOVERY MAY BE ON MARKET IN EARLY 2018

A driver crashes into a bus, killing her 1-year-old daughter. She was in a haze from a sedative mixed with medicine meant to curb heroin cravings. A 4-year-old dies after taking his uncle’s pills. A patient in addiction treatment stops taking his medicine, then overdoses and dies. 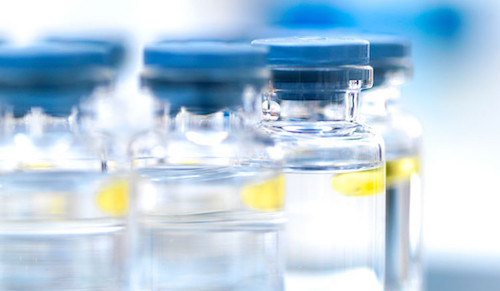 All of these deaths — blamed on the misuse of the same drug — could have been prevented. Now, two Kentucky researchers are testing a breakthrough treatment that injects addiction medicine straight into the patient’s body, reducing the chance of abuse.

It’s being hailed as a potential “game changer.”

It’s not a new drug. It’s a new, safer way to get the drug into the patient’s body.

For years, doctors have prescribed buprenorphine during medication-assisted treatment to reduce urges for heroin and other opioids that dangerously slow breathing and heart rate. The medicine is the main ingredient in Suboxone, a popular addiction treatment drug.

Buprenorphine also lessens painful withdrawals, which are commonly cited by addicts as an excuse to keep using heroin or other deadly poisons.

Some doctors, patients and their relatives won’t even consider using buprenorphine or other drugs to wean addicts off stronger opioids because of what can go wrong. Dr. Michelle Lofwall, a Lexington psychiatrist who led a national study of CAM2038, said injecting the drug could alleviate most of those concerns.

“This could be a game-changer if it stops the stigma,” she said.

First, the proposed injections must win approval by the U.S. Food and Drug Administration. Sharon Walsh, director of the Center on Drug and Alcohol Research at the University of Kentucky, and Lofwall, a faculty member, plan to tout the injections based on their own research when they appear before an FDA panel in November.

If approved, Lofwall said, the treatment could be available as soon as early 2018.

Currently, doctors in Kentucky and Indiana prescribe buprenorphine once a week, twice a week or monthly. Patients are given multiple doses and are supposed to take either a tablet each day or a film that dissolves under the tongue or is placed on the cheek.

The injections are designed to address several current risks of buprenorphine, including:

*   Forgetting to take a daily dose.
This could leave patients more vulnerable to cravings. One relapse can be deadly at a time when heroin and other drugs are being laced with fentanyl. A tiny amount – about the size of Abraham Lincoln’s cheek on a penny – can be lethal.

*   Deciding to stop the pills or films. Some patients who want to go on a bender skip their pills or films for a few days so the euphoric effects of heroin or other strong opioids aren’t blunted.

One of Lofwall’s patients who did this overdosed and died.
“It’s heartbreaking,” she said. “It’s a very unforgiving disorder.
“I can’t help but think if that person had a monthly injection, they would still be alive.”

*   Selling, trading or giving away films or pills. Or leaving the medicine out somewhere it can be stolen.

A North Carolina woman ended up with someone else’s buprenorphine and took a tablet along with a sedative, then got behind the wheel. She lost control in a curve, overcorrected and veered into oncoming traffic, ramming a YMCA bus. The impact killed her 1-year-old daughter.

*  Children could accidentally take the drug if they find the pills or film.

After a 4-year-old Michigan boy found his uncle’s prescribed buprenorphine and swallowed a tablet, the uncle pleaded guilty for his role in the child’s accidental death. He admitted that he failed to get the boy immediate medical care because he didn’t want to get himself or his family in trouble.

Calls to the center’s hotline are voluntary, so the actual number of poisonings is likely much higher, Webb said.

In most of the cases, she said adults left prescription bottles on bedroom nightstands or coffee tables, within reach of children.
Injections would provide a safeguard, said Dr. Ashley Peak, an addiction psychiatrist with the Morton Center.

“It limits the risk of children getting a hold of it,” she said.

‘Not a magic bullet’

Even with injections, some risks remain.

Doctors are concerned about patients combining the medication with alcohol or other drugs. That can be deadly, Peak said, even when mixed with anti-anxiety medicines such as alprazolam, the main ingredient in Xanax.

In one case, a 17-year-old who had an enlarged heart died last year in Jefferson County after taking a buprenorphine film or pill and alprazolam, according to local coroner’s office data.

In another case that resulted in a fatal wreck, an impaired Evansville, Indiana, man crashed his Jeep into a Toyota last year, causing the car to flip on Interstate 64 in Warrick County. The impact ejected a 60-year-old man who died at the wreckage site. The Jeep’s driver had mixed buprenorphine, oxycodone and benzodiazepines.

Still, that’s a fraction of the deaths from heroin and fentanyl – deadly addictions buprenorphine and other medication-assisted treatment are trying to curb. Last year, an average of about one person a day died from an overdose in Jefferson County. Most were from opioids, mainly heroin and fentanyl.

Some treatment centers only promote abstinence-based recovery.
But with relapses common, many people need medication to wean themselves off the powerful poisons, according to a report by the U.S. Substance Abuse and Mental Health Services Administration.

It also recommends counseling and support from family and friends.
Buprenorphine and methadone, also used to treat addiction, trick the brain into thinking it’s still getting the problem opioid, according to the health administration’s Center for Substance Abuse Treatment. The patient feels normal, not high.

Dr. Mark Jorrisch, medical director of Louisville’s MORE Center, said he has seen many patients regain some normalcy through medication-assisted treatment, maintaining jobs and improving their social and family lives.

“The frequent comparison is diabetes,” Jorrisch said. “There’s a genetic component. You may do all the right things and still need medicine to keep it under control.”

Before buprenorphine injections gain approval, they need to be tested. And that’s how Kentucky is playing a key role.
University of Kentucky researchers led two multi-state clinical trials that concluded last year.

Both studies were funded by Braeburn Pharmaceuticals, in Princeton, New Jersey, which developed the drug treatment through a partnership with Camurus, based in Lund, Sweden . A similar product by another company also is seeking FDA approval.

Walsh, who has evaluated new opioids used to treat pain as a contractor for the FDA, led a study on CAM2038 conducted at three sites: the University of Kentucky in Lexington, Columbia University in New York City and Vince Associates in Kansas City.

Lofwall led a second study that spanned 36 locations across the country.

Both found that the injections of buprenorphine worked as well as the pills or films in lessening the pain of withdrawals and reducing cravings for heroin and other drugs. Their findings were published in the September issue of theAmerican Medical Association’s monthly journal JAMA Psychiatry.

“If approved, they definitely will provide more options for patients and physicians,” Walsh said.

Jorrisch said he would use the injections with some patients, but not until he first tries tablets or films in case the patient has an allergic reaction or suffers side effects such as headaches, nausea, constipation or sweating. With daily doses, he said, you can stop the medication right away.

Lofwall said, based on her research, she would give it to her own patients.

“It’s a breakthrough,” she said. “It’s something that will give treatment providers one more tool to fight this epidemic.”

By Beth Warren
The Courier-Journal