SOCCERDAWGS ON A 10 GAME WINNING STREAK

Flatwoods, Ky. — Lawrence Co. ( 13-1-2 ) finally got the ‘ proverbial ‘ monkey off their back with a 2-1 victory over Russell ( 6-8 ) Tuesday night at the Russell soccer complex. It was the first victory in school history for the SoccerDawgs. Russell had won the previous four meetings. 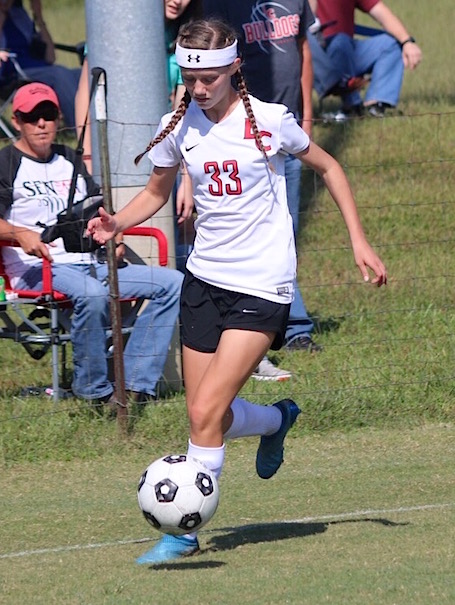 Bulldog Freshman Ellie Webb scored late in the contest to give her team a lead they wouldn’t relinquish. Victoria Clevenger scored her 28th goal of the season to give the Bulldogs a 1-0 advantage before Russell tied it.

Sarah Lycans and Kylie Maynard had one assist each in the victory.

Lawrence Co. is on a 10 game winning streak.

Last Thursday night at Home the SoccerDawgs picked up a great win against a quality opponent from the Mountain state. Four different Bulldogs scored as Victoria Clevenger, Jordan Stepp, Ellie Webb and Scyler Bowens all found the net.

Clevenger, Webb and Lydia Workman had one assist each.

On Saturday the SoccerDawgs hit the road to Pike Co. for a rare doubleheader and came away with two mercy shortened District victories.

The SoccerDawgs rolled over the Pirates as Sarah Lycans scored 3 times, Victoria Clevenger, Zayla Granillo, and Kylie Maynard had 2 goals each, Lydia Workman chipped in with one goal.

Granillo, Maynard, Scyler Bowens, Aubrey West and Jordan Stepp had one assist each. 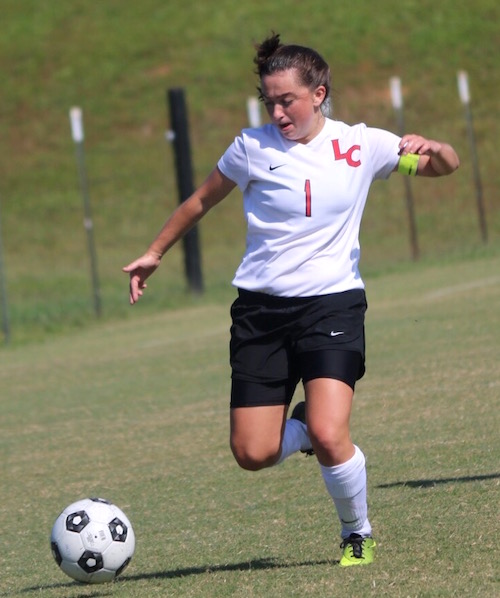 In the second game of the doubleheader it was Victoria Clevenger and Kylie Maynard with 3 goals each. Ally Moore, Jordan Stepp, Zayla Granillo and Sarah Lycans with one goal each.

Clevenger, Maynard, Stepp and Ellie Webb had one assist each.

LC goal keeper Ally Moore was in net for all four victories.

The SoccerDawgs will return to action tonight at Home against rival Johnson Central ( 11-3-1 ) in their final regular season game of the year.

“… Huntington was hard fought battle. Very aggressive game, but once again showed our dominance at home and the ability to finish a game against a good WV opponent. Well deserved win.”

“… Belfry and Pike was a long day with travel and heat but we took care of business on the road with a total of 20 goals. Both games ended before regular time.”

“… And Tuesday night was a memorable night for myself, our girls but most importantly the program. Russell is always a good team and the fact we came to their home field and came away with the victory just speaks volumes of this team, their heart and talent.”

“… Super proud of them and gives us some big momentum going into postseason play. Like I told the girls before the game, we have an opportunity tonight to prove who we are and we did it! “