FOLLOW UP STORY: Teen’s aunt/guardian reaches out to The Lazer and tells her story of what happened. We have corrected the ages of the bad guys in this story and some of the details after speaking to the young girl’s guardian.  –Mark Grayson. 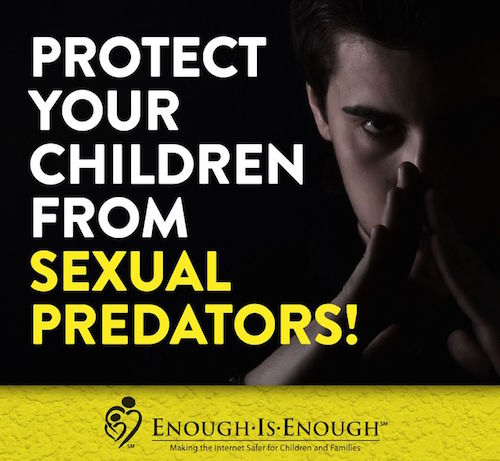 While the third teen was found within six hours and returned home, afterwards the case came to law enforcement’s attention after a third party (girl’s guardian and aunt’s) intervention. This incident was told directly to Wade Queen (author of the first article) by a relative of the teen involved last week (NOT THE GUARDIAN). THIS STORY CAME FROM THE GUARDIAN HERSELF.

The Lazer will not divulge the identities of the teenage girl or family members involved in the case, as the investigation continues, with as yet no criminal charges filed in Kentucky although a 26 year-old two time convicted sex offender has been arrested and is currently in a W.Va. jail, the girl’s guardian mother said Tuesday evening.

On the the morning of Saturday, September 16, a 16 year old Lawrence County girl was allowed by her Granny, who she was staying the night with and with the knowledge of the girl’s guardian (aunt) to go to a movie with a girlfriend at the Ashland Town Cinema near Texas Road House. During the movie she excused herself to the restroom but after several minutes she was discovered missing by her friend, who called the 16 year-old’s family and told them she couldn’t find her and that she had mentioned something about a man in W.Va. she was interested in and thought she might have called him while she was supposed to be in the restroom.

After contacting various family members, and also her niece’s friends via phone, she searched the missing teen’s phone records and made a shocking discovery.

The 16 year-old girl has been, for nearly a year, contacting a 26 {Corrected from previous version of the story} year-old predator in the Charleston, West Virginia area.

The continuous contacts between the two had ‘blossomed’ into an ‘online relationship’ that finally reached the critical stage when the girl several days earlier had agreed to be picked up at the Ashland theater.

The missing girl’s aunt/guardian was able to discover the man’s phone number in Charleston and immediately called the man at his residence. Once she was able to speak to him, she asked if he had their niece, was she okay, and demanded she be returned to their home immediately.

They were told by the man that while the niece was at his residence and that she was okay, he (the 26 year old) had not picked up the 16 year old, but that she was instead picked up by the man’s 47 year-old father! ( The reason for that will revealed later in this article) he also said the girl had told him she was 21 years old.

The aunt/guardian then told the Charleston man that they wanted her brought home immediately. (The man said he would return her home as soon as possible if the family promised not to call law enforcement.? But the aunt/guardian said she did not tell him she would not contact police, and in fact she already had.

The family then demanded to speak to their niece on the phone, and once they were able to, the 16 year old told her aunt that she would NOT return home unless her aunt promised not to contact any police. The aunt/guardian said she did not agree to that stipulation at any time but the man decided to bring her home, anyway.

After being gone for a little over six hours on that Saturday, the girl was returned to the Louisa Speedway that same evening. The aunt/guardian said she contacted two Louisa police officers who agreed to be at Speedway when the girl was returned, again by the predator’s 47 year-old father, so there would be no confrontation.

Once at home the 16 year old pleaded that her aunt and other family members not pursue criminal charges against the man and his father in Charleston, claiming that she was in love with the 26 year old.

She went to Teays Valley when she knew that she was going to be picked up not by the 26 year old, but would be instead transported by the man’s 47 year-old father, not even knowing if that were the truth of his identity, thus putting belief and faith of not one but two individuals she essentially did not know well.

However, things took a different turn when the next day, a different relative of the teenage girl ( another aunt ) found out from the girl’s caretaker guardians about her niece’s disappearing act to Charleston involving the 26 year old and his father, and then was stunned when she was told that the 16 year old’s family was not going to file any criminal charges, this second aunt went ballistic on her kinfolk for not immediately calling local police agencies, she said.

The guardian aunt said she went to the Ashland City Police Dept. and they began an investigation in which they also contacted the man’s parole officer in Charleston and Kanawha County. It was then that those agencies discovered the complete scope and the seriousness of the entire plight of who the teenage girl had come in contact with.

The 26 year old man who the girl met on the internet and finally traveled with the man’s father to Charleston was a registered sex offender having been convicted TWICE in the past. One of the past convictions was of having raped his 12 year old cousin, He is currently on probation (50 years) and was in area confinement and was not allowed to travel outside the county ( thus the reason why the man sent his father to pick the young girl up near her home).

The 26 year old sex offender was not supposed to have any contact with any minors, especially on the internet. When police reviewed his computer they discovered he had been in contact with a large number of underage girls throughout the region, including several more teenage girls from Lawrence County, one of whom was the best friend of the 16 year old who went to Charleston. The aunt/guardian said, “there are several other students at the high school that were doing the same thing.  “The Lazer is on the right track in investigating this,” she said. “The story is no secret and hasn’t been since it happened two weeks ago.”

She also said she went to LCHS and showed assistant principal Matthew Maynard a picture of the predator and told him to look out for the guy.

On Tuesday September 19, the sex offender was arrested by law enforcement in Charleston. His identity has not been released publicly as the investigation is still continuing there, with the potential of federal charges being filed due to the Lawrence County teenager being taken across state lines.

However, no charges have been filed as yet in Lawrence County, because the teenager and the family members who have custody of her have not fully cooperated and have not been forthcoming with local law enforcement, with the aunt who reported her abduction telling me that her niece has been ‘belligerent and unstable’ with her and the rest of her family since the police became involved with the matter, the second aunt said.

But the aunt/guardian says that is a “lie” and that she is the one who went to the police as soon as she found that her (daughter) niece went missing.

This latest teenager disappearance incident, added with her friend and possible other teenage girls being involved, as well as the earlier runaway disappearance of the 15 year old girl and 15 year old boy from the Point Section of Louisa, who as of now allegedly traveling in the company of adults, has revealed that it is likely that an unknown number of Lawrence County teenagers, especially girls, could be involved online via social media, cell phones and on the internet with adults who are seducing them.

Police strongly advise parents of Lawrence County who have teenaged children who have internet or cell phone access, keep 110% knowledge of what and who they are communicating with emails, and on social media and other outlets on the internet.

Incidentally, the aunt/guardian said her daughter (niece) did not have a computer and she cannot figure out how the relationship went on for a year via cell phone without her knowledge.

The parole officer of the predator told the girl’s aunt/guardian that “you don’t know how lucky you are to get her back basically unharmed.” The predator has not been charged with harming or killing any of his victims but the parole officer said he is a “tough one.”

KISER HAS GOOD DAY; SAYS HE IS 'SO PROUD' OF TRMC TODAY