Lawrence Co. running back Dalton Ferguson had 2 touchdown runs one each from 12 and 14 yards out. QB Noah West had a 2 point conversion run. 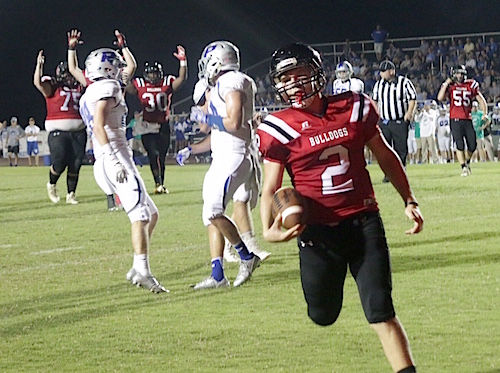 The Dawgs had 263 yards on the ground as West finished with 108 yards, Ferguson 66 yards, Ashton Blankenship 60 yards, Trey Dotson 28 yards, Dylan Sizemore 1 yard. West was 0-3 through the air.

For Paintsville, Tanner Smith had 3 touchdown runs of 16, 11, and 21. Jake Hyden threw 2 touchdown passes one to Silas Stambaugh for 68 yards and James Allen for 19 yards. John Walker Phelps scored on a 56 yard touchdown run. Seth Trador was 5-5 on PAT’s.

“… Paintsville is a very athletic team that I think’s gonna make a lot of noise and play a long time this season.” They made several adjustments in the second quarter and honestly, it kinda stuffed us a little bit.”