By this time next year, harness racing will likely be a thing of the past at Thunder Ridge. 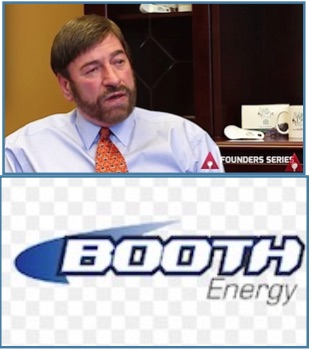 Martin County coal operator and entrepreneur James H. “Jim” Booth recently bought 50 acres of property there and is still finalizing plans, but has made one decision on the future of the property.

“I don’t intend to continue horse racing there,” he said.

According to documents filed at the Floyd County Clerk’s office, Booth’s company, R & J Development, paid $1 million for the property at the end of August.

Booth bought three tracks at Thunder Ridge from Appalachian Racing, LLC, and the deed was filed a few days after the Floyd County Public Properties Corporation filed a deed of correction on one of those parcels.

Appalachian Racing owner Murray Sinclaire, who could not be reached for comment, signed the deed, accepting $1 million from Booth’s company for all three parcels at Thunder Ridge on Aug. 29. 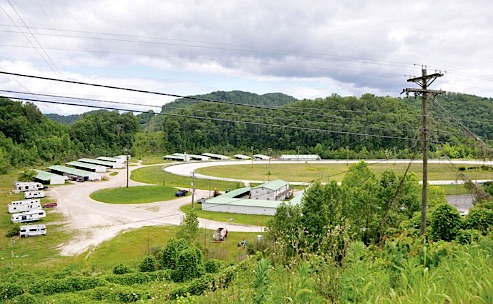 “We’re not very deep into the planning stage, but we have agreed to let them have another race. There will be another race there in the spring, I believe,” Booth said. “I see that as a nice piece of development property. It’s 50 acres, right on the four-lane, a good location with a lot of population around it. So, I don’t have anything definite yet, but I’m a developer.”

He reported that the Thunder Ridge’s horse racing license has been sold, but the Kentucky Horse Racing Commission has not approved that sale yet. Race dates for 2018 have not yet been approved.

Officials with Keeneland in Lexington and Churchhill Downs in Louisville, however, issued a press release on Sept. 14, reporting that they are partnering together to open two new race tracks in Knox County and Christian County. The press release said the projects are contingent on the receipt of an initial pari-mutuel racing license from the Kentucky Horse Racing Commission. Keeneland attempted to open another track in 2013, but that deal fell through because it could not purchase the Thunder Ridge license. The recent sale of the property may clear the way for that exchange.

Booth said completion of a road project could boost any future development at Thunder Ridge, referencing a project that is set to connect the area to West Virginia.

“Geographically, it’s located in a really good spot because there’s good population and really good feeder roads coming in all the way around it, so it shouldn’t be too long until we have the connection to West Virginia, and a lot of traffic would move that way,” he said. “I just think we’ve got to take advantage of our road network and, by having that property there, it’s readily available to be developed.”

“We’re excited because I know something good will come out of this for Floyd County, because it sits in Floyd County,” Hale said. “But that could open up that corridor, on that Rt. 3 corridor. We will work with Jim in any way, whatever he decides to do down the road. We’ll work with him because we know what can come out of what he has done in past. He’s proven it, so we’re excited that those 50 acres could be developed into something down the road.”

Booth said the opportunity to buy the property arose quickly and plans are still being developed. He said he knew the sale of Thunder Ridge’s license was “inevitable” because the harness track struggled financially, and he’s heard suggestions about possible drag racing at Thunder Ridge, but he doesn’t believe that sport will be viable there either.

“To have 50 acres that’s available to be developed that’s already right on a four lane, that’s unique,” he said. “There’s not very many places in our region that have that much land. Fifty acres is a lot of property.”

When asked whether he has a timeline for the project, Booth said, “Well, you’ve got to let things work their way as far as, there has to be a demand.”

He has a team working on future possibilities for the Thunder Ridge property. He said the development would benefit the entire region because it’s located in Floyd County and near Johnson and Martin counties.

Hale said the “future is brighter” at Thunder Ridge.

“I’m excited because I know the potential this place has and I know what kind of a person he is, as far as having those contacts and bringing that type of possible development down the road,” Hale said.

“The county really never received anything out of it for 24 years,” he said. “So, the potential here is unreal. We’re excited.”

Booth has a strong footprint in Eastern Kentucky. He is listed as the director, president and/or organizer of around 20 businesses listed with the Kentucky Secretary of State.

A graduate of Morehead State University, he began his career in coal mining when he was in college, working underground as a coal miner. In the 1970s, he partnered with others to launch a contract coal mining company and found success in that field. When the coal industry waned in the 1980s, he diversified his interests, opening up a building supply business, convenience stores and other businesses.

Elizabeth Kuhn, spokesperson for the Kentucky Horse Racing Commission, did not return a call seeking comment.

MISSING TEEN IS SAFE BUT WON'T SAY WHERE HE IS