IS COLLINS CASE REALLY OVER? APPEAL OF WILHOITS SUMMARY JUDGEMENT MAY BE IN THE WORKS

LOUISA, KY. — After U.S. District judge Henry Wilhoit, Jr. issued a summary judgement in favor of the defendants in the Billy Collins, Jr. wrongful death lawsuit last Friday it seemed that the controversial case was finally over. 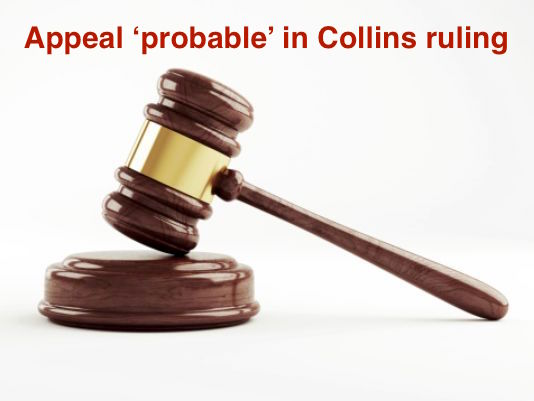 Members of the Louisa Police Department, Chief Greg Fugitt, Stephen Wilburn and the county sheriff and a deputy were sued in federal court after Collins, 56, died during an attempted arrest on May 29, 2015 which family members said was brutal and caused the death of Collins.

Autopsy reports from the state medical examiner’s office said his death was a ‘homicide’ although there are several definitions of homicide besides murder.

No criminal charges were filed in Collins’ death After a Lawrence grand jury issued ‘no true bill’ because of lack of evidence.

Wilhoit sided with the police in the lawsuit and said a “wrinkle in the law” caused him to issue his judgement which was given with prejudice meaning an appeal of his decision was available.

Wilhoit signed the deal made by attorneys for the PLAINTIFF, Michael Curtis, Esq. and the DEFENDANTS Chris J. Gadansky, Esq., and Jonathan C. Shaw, Esq., of the law firm Porter, Banks, Baldwin & Shaw, in Paintsville. The agreement was reached in a telephone consultation with both council involved but not with the city’s attorneys.

Lawrence County Attorney Mike Hogan said yesterday that the lawsuit against Lawrence county and sheriff Garrett Roberts and deputy Mack Wilhite has been resolved and there will be no appeal of their case in exchange for a settlement of less than $100,000 (Hogan would not reveal the exact amount of the settlement) and the plaintiff’s agreement not to file an appeal.

“The settlement was substantially less than $100K and less than projected attorney fees for the appeal,” Hogan said. “The County was out nothing, all covered by our insurer.”

Louisa City Police Officers Stephen Wilburn, Jordan Miller, Chief Greg Fugitt, the city of Louisa and the Louisa Police Dept.’s insurance carrier did not come to an agreement on a settlement and Hogan said there is an appeal in the works of Wilhoit’s summary judgement in the city’s part of the case.

But Eldred “Bud” Adams, an attorney who represents the city of Louisa on a regular basis, said he is pleased with the ruling and did not mention an appeal by the plaintiffs.

“Naturally we are very pleased and feel that Judge Wilhoit reached the correct decision based on the law and facts,” Adams said in a statement for The Lazer.

Michael Curtis, the plaintiff’s attorney in the case, did not answer requests for comment this week.