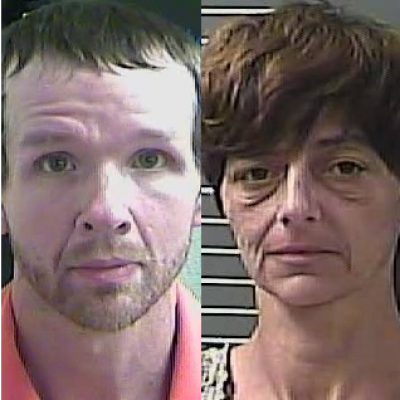 Martin County Sheriff John Kirk pulled over 42-year-old Larry Mitchell Brewer, of Lovely, for expired tags on Route 292. Brewer was also charged with driving on a suspended license and having no insurance, as well as drug charges after pills were found in his pocket.

But even more serious charges awaited both Brewer and his passenger, 44-year-old Suzanne L. Webb, of Lovely.

Both Brewer and Webb were charged with second-degree burglary and receiving stolen property for allegedly breaking into a residence and taking numerous items. The two were allegedly found in possession of a 52-inch television, a paintball gun and mask, a tub of ice cream, a box of snack cakes, and several other household items.

They were arrested and lodged in the Big Sandy Regional Detention Center.